As new research confirmed that the Gulf Stream has not been affected by man-made climate change, scientists admitted that Roland Emmerich's The Day After Tomorrow may not have been a documentary after all and have now turned to Tobe Hooper's 1982 hit Poltergeist for expert guidance.

Climatologist, Dr Wayne Hayes of the Institute for Studies, said: "We think that some native American clouds may have died in tragic circumstances about 10,000 years ago and that's why the weather's all knackered.

"I was examining a glacier recently and I noticed that its north face looked like a forlorn child in reindeer skins. Shit me right up and no mistake."

The theory was given weight after a conference on climate change was thrown into disarray when a Powerpoint presentation on coral reefs was interrupted by unearthly ectoplasm in the shape of George Monbiot.

The United Nations is assembling a task force of 10,000 creepy midget women to exorcise key locations and throw ropes into hurricanes in a bid to  pull some nice, mild climate through wormholes in the weather.

Meanwhile scientists studying Weekend At Bernie's have dismissed the Poltergeist theory and insisted that droughts and floods may be due to a corpse being dragged around by two insurance clerks.

But Hayes said the Gulf Stream data would give reassurance to millions on America's eastern seaboard, adding: "It does at least mean that nobody in New York is going to be attacked by wolves for no adequately justifiable dramatic reason." 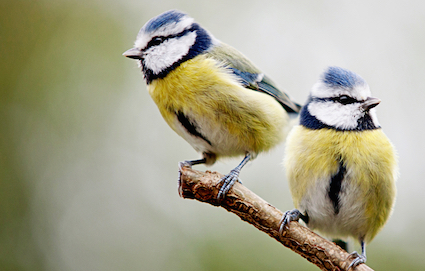 BEAVERS are to be renamed ‘riverdogs’ after zoologists finally conceded defeat to the overwhelming forces of sexual innuendo.

The move comes after conservationists admitted that vital research was being hampered by email spam filters which prevent the exchange of information on species such as the dik-dik, the blue tit and the cock-eared fuckmonkey.

Professor Nikki Hollis, a beaver, tit and cock specialist at Reading University, said: “Last week I addressed a conference in Geneva on the threats posed by global warming to the natural habitats of the beaver, the booby and the shag.

“I then faced a series of what I strongly believe were non-zoological questions, such as ‘aren’t beavers supposed to be wet?’ and ‘are the hairiest beavers more waterproof?'”

Wildlife bodies have now agreed that tits should be renamed ‘skylings’, thrushes will become ‘horse sparrows’ and all varieties of cock bird shall henceforth be known simply as ‘Ian’.

But Professor Henry Brubaker, of the Institute for Studies, warned: “In terms of stimulating students’ interest in the natural world, we believe it would be beneficial if more animals had names that were not only sexually suggestive, but overtly obscene.