FOX Hunting is still the number one hobby for people who need to realise it is not a hobby it is just nasty, it has been confirmed.

As it emerged that fox hunters had blocked badger setts leaving the animals to starve, the whole fox hunting thing is again being looked at like a past time for elderly sociopaths.

Fox hunter Martin Bishop said, “I just don’t see what’s wrong with brutally killing a small animal with a pack of dogs, some horses, a whole big group of us – and we’ve got fucking shotguns too – as being any different to playing darts.

“Obviously, in darts you don’t kill a living creature at the end of it, but we could always have another look at the rules.”

Fellow fox hunter Denys Finch Hatton added, “If I want to ride around on a horse with a shotgun and pack of dogs looking for foxes to kill, why should it be anyone’s business but me and the foxes?”

Professor Henry Brubaker, of the Institute for Studies, said: “If a man can go out and catch a fox with his bare hands and kill it without the fox managing to get his licks in then fair play.

“If he needs a pack of dogs, 40 mates, a load of horses and enough artillery to knock off Fort Knox then it’s really not a fair fight.” 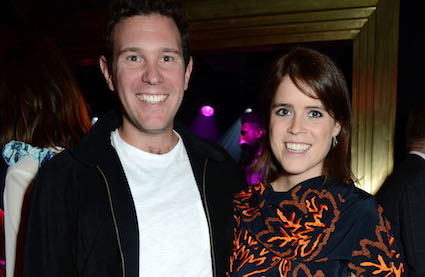 The UK taxpayer will foot a £2million bill for Princess Eugenie’s wedding at Windsor Castle, which seems a bit steep given that she’s only ninth in line to the throne. Where are some cheaper places she could get married instead?

Windsor rugby club function room
It’s not quite a castle, but it’s still in Windsor. Everyone enjoys a wedding at a rugby club: cheap booze, shit disco and a nice, big punch up with some posh, red-faced meatheads at the end of the evening.

Legoland, Windsor
If there’s anything good about Windsor then it’s Legoland. However, a family ticket costs only slightly less than £2million so not much of a saving after all.

An A&E department
The taxpayer would probably prefer that £2million went to the NHS instead of being pissed up the wall on a minor royal marrying a tequila ‘brand ambassador’ so why not combine the two and have the wedding in an overworked, understaffed hospital? All those bleeding poor people will be so Instagrammable.

Las Vegas
Tacky. Seedy. Completely lacking in taste. Fergie would love it, and it’s far enough away from the UK that we wouldn’t even notice it had happened.