THINGS the size of a brick shithouse have been spotted roaming a Bradford housing estate.

Eyewitnesses claim that outsized Yorkshiremen have been scavenging in bins and frequenting terrifying purpose-built pubs on bleak patches of wasteground.

Local vermin hunter, Roy Hobbs, said: “I think they’re descended from some dreary trade unionists who used to live in a big hole in the ground, but there’s been none of them around here for 20 years.

“I’ve been trying to lure them with free tickets to Emmerdale: The Musical, but they’re still a bastard to kill.

“Some people say you should mount a sustained campaign of industrial closures, but I prefer just to hit them as hard as I can with a shovel.”

Scientists say the infestation is unlikely to spread far as the Yorkshiremen cannot survive easily outside of their county without suffering from Parkinson’s Palsy, a tic with causes them to reminisce at length about the Rotherham slagheaps.

Nikki Hollis, a housewife who discovered a Yorkshireman sniffing her coal bunker, said: “I tried scaring it away by banging a tea tray but he just asked me whether I was putting a brew on, because he was spitting feathers.”

Hobbs added: “Yorkshiremen are extremely solitary and cannot stand the company of any other creature, even another Yorkshireman, unless they’re from the same side of the same street in the same village.

“This means they don’t tend to breed very easily, which is one of the main reasons why Britain still exists.”

20% Of Americans Think Obama Is A Talking Car 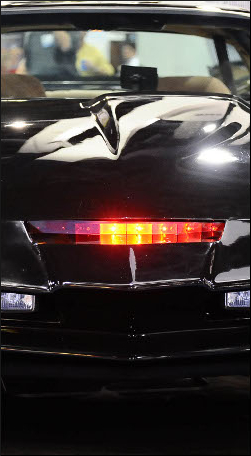 ONE in five Americans believe that President Barack Obama is a car that can talk, according to a new survey.

It is the latest blow to the beleaguered commander-in-chief who has struggled to connect with mainstream America and convince them that he is a person not a vehicle.

The survey found that more than half believe the president was manufactured in either Japan or South Korea and arrived in Atlantic City on board a large freight vessel in 1993.

Forty-eight percent think he is a mid-price sports coupé with high levels of equipment but poor reliability. And among those who believe he is a talking car, more than 70% claim he uses a refined mid-Atlantic accent, while 23% insist it is a fuzzy, robotic monotone.

Martin Bishop, deputy chairman of the Republican National Committee, said: “I would just like him to have the courage to produce his birth certificate so that we can see once and for all what kind of car he is.”

Stephen Malley, a sales executive from Atlanta, said: “I read that he just sits around all day drinking Castrol GTX and smoking reefer. Our president is a poorly maintained foreign death trap that talks hippy dippy shit about moonbeams.”

And Tom Logan, an electrician from Pittsburgh, added: “He sleeps in a garage and his full name is Barack Mitsubishi Obama.”

A White House spokesman said last night: “The president has been in cars. Many of his relatives and even some of his friends can drive cars. The president actually quite likes cars.

Helen Archer, an estate agent from Bloomington, Indiana, said: “I wouldn’t necessarily choose a car as president, but if he is a car then I’d certainly prefer him to be one that can talk.

“The last thing this country needs right now is one of those silent, menacing cars like Christine or Herbie.”