Hornets going to sting anyone who uses them in racist simile

YELLOW-LEGGED hornets have promised to sting anyone who compares them to human immigrants.

The intimidating-looking insects will arrive in the UK this summer to scare the shit out of everyone.

However the hornets have said they will only actually sting people who have used them in tired racist similes.

Hornet Tom Logan said: “We’re aware that internet is awash with bitter middle-aged men comparing us to ‘all the foreigners coming here’ and themselves to hapless, hard-working honey bees, then feeling very pleased with themselves.

“That kind of shit really gets our mandibles in a twist.

“And before you say it in that smug tone of voice, we have no interest in ‘claiming benefits’.

“That’s because we don’t have bank accounts, due to us being fucking insects.”

The Asian hornets plan to nest in the gardens of people who have compared them to ‘everything that comes from abroad, basically’.

Tom Logan said: “You’ll know we exist in a non-figurative sense when we’re chasing you around your garage, repeatedly stinging you on the ears and neck until your head bursts.”

Derren Brown ‘will tell people what to do’ 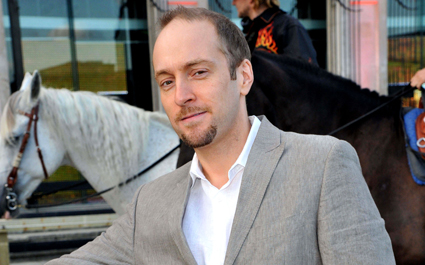 DERREN Brown’s next TV show will involve him telling people to do things, which they will then do.

A Channel 4 source said that although the details were shrouded in secrecy, Brown would be using his mysterious ability to give verbal instructions to people who want to be on TV.

The source said: “I don’t want to give too much away, but let’s just say Derren will be using a new mind control technique called ‘being slightly intimidating’.

“And of course we’ll edit out the bits where people burst out laughing or say it’s all bollocks.”