James Blunt To Be Sacrificed In Spectacular Live Earth Finale

SINGER-songwriter James Blunt is to be sacrificed in a symbolic gesture of climate change solidarity at the end of this weekend's Live Earth spectacular.

Organisers believe an actual human sacrifice is the best way to raise awareness of the threats from global warming.

As he finishes what will be his last performance of You're Beautiful, Blunt will be tied-up and then placed on a large pile of sticks on the Wembley stage before being set alight by former vice-president Al Gore.

Simultaneously in Johannesburg Nelson Mandela will plant a symbolic row of brocolli to offset the carbon emissions from the smouldering pop star.

Event organiser Wayne Hayes said: "Live Earth is a wake-up call and what better way to shake people out of their complacency than by setting fire to James Blunt?

"There was a lot of debate over which performer should be sacrificed and there were some ferociously passionate advocates for the torching of Phil Collins.

"But when we actually looked at the list the name 'James Blunt' just popped right out."

The event, supported by Chevrolet, producer of gigantic, poisonous cars, starts on Saturday and is due to finish around 400 days later.

Organisers predict that Blunt will be one of many casualties as TV viewers throw themselves into the road rather than listen to Madonna talk about giraffes.

Taxman Gets Power To Hold You Upside Down 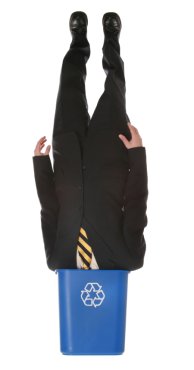 THE Inland Revenue is to get new powers to hold people upside down and shake them until all the money falls out of their pockets.

The Inland Revenue already has the power to take anything it wants out of taxpayers’ bank accounts whenever it feels like it, and to sleep with their wives.

However, the new powers were deemed necessary after it emerged that some people still had the odd penny left in their clothing.

Warren Justice, Director of Taxpayer Harassment at the Inland Revenue, said the new powers would be used unsparingly and against everyone.

He said: “It is obvious to me from the way stuff keeps getting bought that many people in this country still have money after we have supposedly finished with them. That is as unacceptable as it is astonishing.”

Mr Justice said all money collected by this method would be destroyed by taxmen in a controlled explosion behind the bar of the Inland Revenue Sports and Social Club.

Later this year the Inland Revenue will be given the right to set a wild boar on anyone suspected of withholding tax.

And from next April it will be given the right to strangle people in their homes with its bare hands, whether they have any money or not.