Kids 'only want to go outside when it's f**king freezing'

CHILDREN are only interested in going outdoors when it is incredibly cold, it has emerged.

Researchers found that children were content to watch telly or dick about on tablets until the temperature falls below freezing.

Professor Henry Brubaker of the Institute for Studies said: “They’ll pretend it’s because they want to go sledging or have a snowball fight. Actually though they’re just little tossers who like to see adults suffer.”

Seven-year-old Wayne Hayes said: “I’m off school and now I need some adults to immediately take me out into the frozen tundra to ‘play’.

“And if you don’t take me outside I’ll make you feel terribly guilty by suddenly ballooning to 12 stone like some sort of jungle toad.” 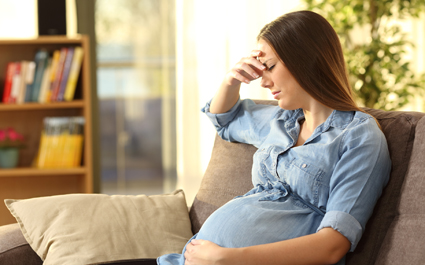 A PREGNANT woman is experiencing overwhelming cravings for less stupid fucking questions about her pregnancy.

32-yearold Nikki Hollis, who has seen no change in her food and drink preferences, said: “In the two months I have been telling people about this pregnancy, I have been asked if I know its gender is approximately eight frigging thousand times.

“And that’s not the half of it. You wouldn’t believe how many people have asked me if we were trying for a long time.

“I know, Susan from HR, why don’t we talk about your sex life first and take it from there?”

Similarly troubling, she explained, is the frequency with which she has her stomach stroked without permission and has to smile through stomach-churning accounts of infected nipples and damaged vaginas.

Her husband Tom, meanwhile, has endured a whopping three questions about the pregnancy so far, all of which came from his mother.