THE middle lane has been voted British Motorway Lane of the Year.

It is the 12th time the middle lane has won Britain’s top road lane award and finally marks its arrival in the mainstream of places where cars go.

The lane, introduced in 1962, was widely avoided for many years with most drivers believing it to be ‘weird and wrong’.

It seemed British motorists preferred the post-war certainties of either the inside or outside lanes, dependent on key factors such as lateness and mood.

But, as attitudes changed in the early 1970s, drivers began to experiment with the middle lane, alongside other emerging cultural attractions such as bisexuality and free-basing.

Road historian Roy Hobbs said: “People realised the middle lane was lovely and comfortable, especially on the busier roads with their scary outside lanes.

“At the same time drivers realised the inside lane was filled with Austin Allegros and often very slow – to the extent that it started to become known as the ‘slow lane’.

“Many then asked themselves ‘why must I choose to be fast or slow? Can I not simply be the ‘eternal me’?”

Hobbs added: “In France one rarely finds a three lane motorway. For the French everything must be very fast or very slow. They are, basically, animals.” 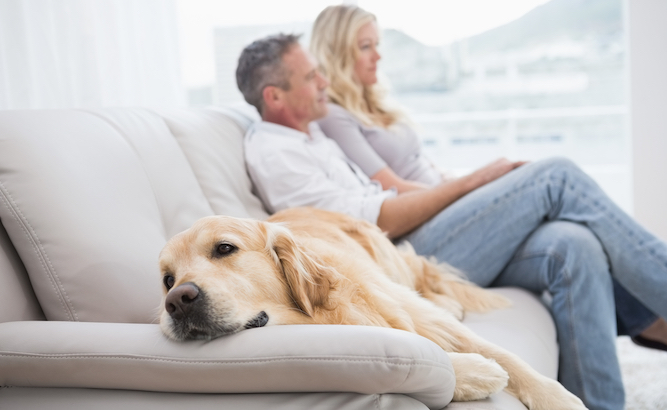 A GOLDEN retriever who never thought he would be ‘one of those dogs’ who organised his whole life around humans is doing just that.

Dasher, a four year old, initially swore he would keep on living his canine truth when moving in with a Peak District couple, but has accepted his days now revolve around them.

He said: “I was meant to leap the fence and go sniffing lampposts with the boys the other night. We’d arranged it in the park, but when it came I just lay there at their feet. They don’t cope well if I leave them.

“They tend to get very anxious if I’m not there to diffuse their marital tension, and if I leave them alone too long, the noise disturbs the neighbours.

“Even when they’re not there I worry about them, pacing up and down and barking wildly when there’s anyone at the door. I know. It’s pathetic.”

Friend Tyson, a Scottish terrier, said: “They sleep in his bed, they make him share the sofa, and he indulges them by taking them for a walk when he needs a crap when the garden’s right there.

“You’ve got to establish clear boundaries with humans early on. Otherwise they’re more a burden than a joy.”