A MAN is wondering how far he can take his home carbonating device while hefting a tin of Big Soup questioningly in one hand.

Wayne Hayes purchased the SodaStream a month ago and has so far operated according to the manufacturer’s instructions. However, as is the human condition, he has become drawn to the unknown – and the forbidden.

He said: “I’d be pushing beyond the known limit of gastronomy. But fortune favours the brave.

“There’s a lot that could go wrong. The nozzle could clog. The bottle may rupture. Everything could taste of minestrone from now on. Most likely there’ll be soup up the wall.

“And that’s if it goes badly. I have no plan at all for what I do if it’s a success.

“You know what? Ships are safe in harbour but that’s not what they’re built for. I’m getting the tin-opener.

“Actually, that sounds like my wife’s car. Better not.” 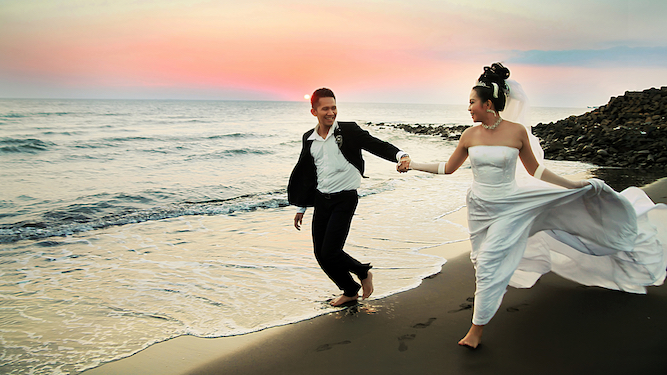 MILLIONS of Britons are facing financial ruin because their friends keep getting married in distant, expensive places they have only visited once.

New figures show 64 per cent of households listed friends’ foreign weddings, which are basically compulsory holidays to places they do not really want to visit, as the foremost drain on their embattled finances.

Julian Cook, chief economist at Donnelly-McPartlin, said: “Having a wedding is like being a baby again. You can do more or less what you want and everyone you know just has to handle it.”

He added: “Historically, the people getting married would do so where they lived. Chances were that many of the invited guests would also hail from the area, making it a pretty good set-up for all concerned, logistically speaking.

“However, somewhere along the line some marketing bastards decided the local approach wasn’t ‘memorable’ enough and basically rewired the whole thing into a nightmare.”

Martin Bishop, 31, from Finsbury Park, said : “This year I’ve been to seven weddings in nine countries. I wish all my friends were in jail.”