The six looks from Killing Eve you absolutely cannot carry off

HAVE you watched stylish chameleon assassin Villanelle in Killing Eve and decided you could probably pull off that one outfit, the one with the hat? Think again:

On Villanelle – charismatic, smoky and dangerous. On you – a magician in a Vegas restaurant.

Comic-book onesie
If you brazen it out, your friends and work colleagues will assume you’re doing a sponsored thing and, afraid they’ll have to give ten quid, will not mention it. Strangers will ask if you have a carer.

Satin coat over slip dress
Sophisticated? No, more like ready to greet the 1970s milkman with a seductive smile to lure him upstairs for sex to saxophone music.

Red-and-white printed sundress
Now you look like you’ve been caught outside naked, possibly during the chain of events that began with seducing the milkman, and have fashioned a dress from a tablecloth stolen from a nearby PTA meeting.

Pussy-bow blouse and denim shorts
In the future we will have Smart Mirrors which can scan your outfit with lasers, compare it against a database and say ‘Are you out of your f*cking mind?’ They are first conceived of today, when their inventor sees you.

Frothy pink tulle dress
Did you lose a bet with your seven-year-old niece and now you have to spend the day as her own private ballerina? 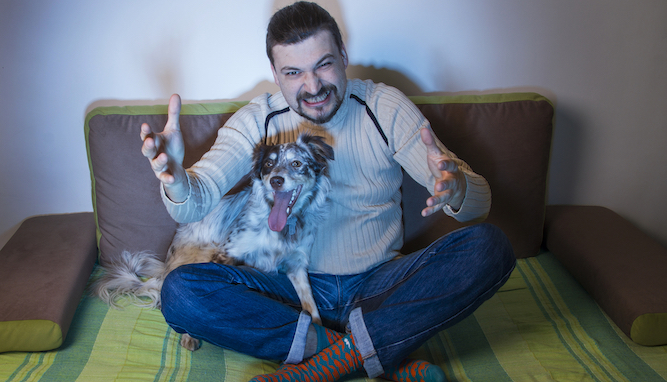 THE release of 2019-20’s Premier League fixtures means a Manchester United supporter can diarise when he will be a complete nightmare to be around.

Wayne Hayes, aged 35, has begun pencilling in the numerous weekends of the year that he will be consumed by rage, plunged into depression or, in rare cases, suffused with joy.

He said: “I’ve largely outsourced my emotional wellbeing to around 25 multi-millionaires, some of which may suddenly become the enemy. It’s better than managing it myself.

“For example, I’ve got October 19th blocked off because we’re getting beaten by Liverpool that day, and I’ll spend the evening sobbing in the wardrobe with a bottle of Malibu.

“We’ll be stomped flat by City early December so I’ve cried off the Christmas do in advance, because I’ll be a cauldron of simmering rage and I don’t need another written warning for headbutting Jason from auditing.

“In contrast from March on, when we’re definitively knocked out of the Champions League places and only play shit teams, I’ll be quite relaxed in my despondency. Only a fucking game, eh?”

Wife Joanna Hayes said: “It’s only 38 weekends of the year, plus most midweeks. The rest of the year Wayne is a pleasure to be around.”