A 30-YEAR-OLD man totally messed up a pleasant evening in the pub by buying tequila slammers, it has emerged.

Martin Bishop purchased the drinks despite nobody actually asking for or wanting a shot of the unpleasant spirit invented by Mexican peasants to escape the misery of daily life.

Co-worker Emma Bradford said: “We were having a lovely time chatting over a few beers and having a fun argument about Killing Eve when all of a sudden Martin came over with a tray of tequilas.

“Nobody wanted shots, nobody even likes shots, but we were all forced to drink them because it would have been rude not to. Unfortunately it made Dan and Gavin a bit over-excited and they went to get some more.

“The next thing we knew we were in some horrible club dancing to Stormzy and drinking blue stuff out of a bottle until 3am. I have no idea how I got home but I do vaguely remember being sick into a pint glass.

“We only went out for a pint after work. Now I would quite like to die. Thanks, Martin.” 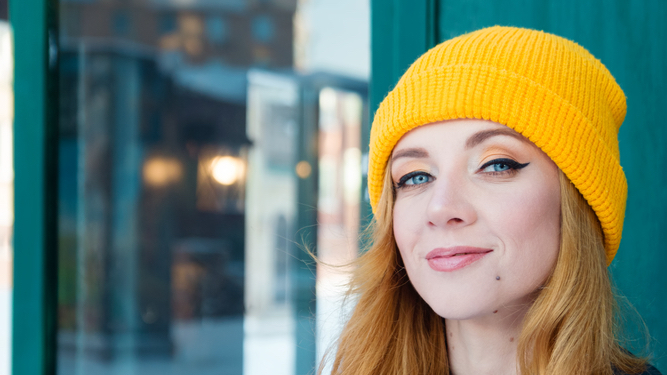 THERE is no way a woman wearing a Sonic Youth t-shirt is really into all their weird, unlistenable si*t, people have decided.

Strong doubts have been raised about whether fashionable 23-year-old Nikki Hollis is a true fan of the 1980s New York art-rock band, despite having a t-shirt of their album Goo.

Sonic Youth fan Julian Cook said: “She may have the Roy Lichtenstein-inspired t-shirt, but does she enjoy listening to discordant eight-minute tracks that go nowhere? I think not.

“I might go over and challenge her on her knowledge of Sonic Youth’s back catalogue. I’m a dreadful muso so that’s the sort of rude, socially dysfunctional thing I do.

“I’ll ask if she knows ‘I Love Her All The Time’ or if she just likes ‘Dirty Boots’ like the rest of the Top 40 crowd. Although if she’s into all their obscure stuff I’ll look like a bigger twat than I already am.”

Hollis said: “Oh, are they a band, then? I just like the t-shirt. It’s like some sort of old cartoon.”