DOGS generally fall out within less than half a minute of befriending each other, it has been claimed.

Border collie Tom Logan expressed frustration at being unable to make a new acquaintance in the park without it suddenly turning hostile for no apparent reason.

Logan said: “The first 15 seconds of meeting another dog are always great. Loads of tail wagging, furtive sniffing and running around in circles.

“Then just as it all seems to be going great – bam – we’re trying to tear each others throats out.

“Every time some invisible boundary gets crossed. I don’t know, it must be some hierarchy thing.”

English bulldog Emma Bradford said: “Last week I met this Yorkshire terrier and at first we were getting along famously.

“But shit got very weird, very quickly. It was like we experienced every type of emotion – fear, hope, love, lust, hatred – in under a minute.

“We ended up being dragged apart. I kept looking back, straining at my leash and growling, desperate to bite his legs off.

“I don’t know why this always happens. I’m fine with kids and cats.”

Dawkins memoir leaves out bit about Zeus creating him from clay 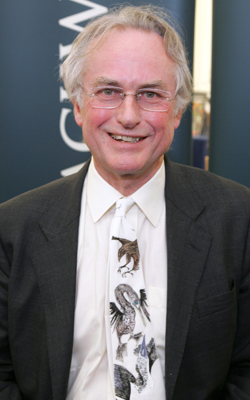 RICHARD Dawkins’s autobiography controversially omits his creation by lightning on the slopes of Mount Olympus.

An Appetite For Wonder contains no mention of Dawkins’s real father Zeus, who shaped him from the very ground and gave him life by summoning a thunderbolt from the heavens.

Zeus said: “It’s true that I wasn’t always around for him when I was a kid, and perhaps I did dally with other mortal women in the form of a bull but I was very stressed at work.

But I gave him the Pegasus on his 17th birthday, and did I get any thanks?

“No, I got some lecture about how a horse with wings was a childish idea from a primitive belief system and completely invalidated theories of genetic drift.

Zeus is particularly angry that his demigod son has failed to acknowledge his gifts of imagination from Apollo, technical skill from Hephaestus, and Doctor Who actress Lalla Ward from Aphrodite.

Dawkins said: I consider the man who raised me to be my real father, not some bearded bolt-thrower who was always too busy impregnating princesses as a shower of golden rain to help with my science homework.

That doesnt mean I dont honour my heritage, and Im proceeding with our divine plan as agreed. Part one, the smear campaign against all the monotheistic religions is on schedule.

And were looking at spring 2015 for part two: bring the Greek pantheon back with a bang and get all my Twitter followers sacrificing goats again.