CRABS are capable of verbalising obscenities, it has emerged.

Researchers into whether crustaceans can feel pain discovered that if you listen carefully when dropping them into very hot water you can hear a stream of filth.

Professor Henry Brubaker of the Institute for Studies said: “We attached a waterproof microphone to a brown crab then chucked it into a pot.

“It was clearly saying ‘fucking hell’, ‘shit the fucking sea bed’ and ‘my frigging exoskeleton’s on fucking fire’.

“As you can imagine, it was a great moment for science as we sat listening to the tiny, chittery voice saying ‘I’ll fucking get you for this, you monkey bastards’ over the lab speakers.”

Further research revealed that crabs swear all the time, not just when they are being boiled alive.

Professor Brubaker said: “Although they do use the word ‘fuck’ crabs don’t have penises, so instead crab swearing refers to reproductive organs called gonopods.

“A crab that is arguing with a rival will typically say, ‘Suck my gonopods, gono-face’ or ‘Go claw yourself’.

“They are fascinating creatures.”

Scots will get constitutional right to blame Thatcher 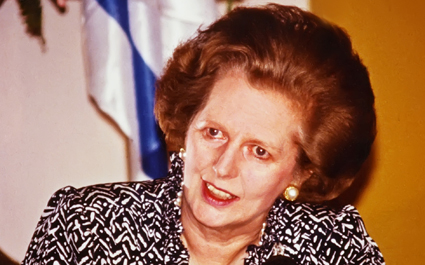 CITIZENS of an independent Scotland will have a constitutional right to blame bad things on Mrs Thatcher.

First minister Alex Salmond said a written constitution would enshrine the concept that Thatcher’s 11 years in power are the cause of absolutely everything that is wrong with Scotland and Scottish people.

He added: “Future generations of Scots will grow up knowing that their constitutional right to loads of free stuff turned out to be impossible because of a dead English woman.”

The Scottish constitution will also confirm that promising to urinate on Mrs Thatcher’s grave will always be really cool and edgy.