SCIENTISTS have discovered the sea slug’s detachable penis means it tends not to act like an idiot.

Their ability to leave their genitals on the sea bed makes them 10 times less likely to jump off a reef to impress another slug.

Professor Henry Brubaker of the Institute For Studies said: “If human males develop the ability to grow a new member every few hours, we will simply set fire to each other’s or leave them in people’s drinks.”

The sea slug evolved its disposable penis as a defence mechanism, as predators assumed anything willing to rip its own genitals off was going to put up quite a fight.

Most people don't have any potential 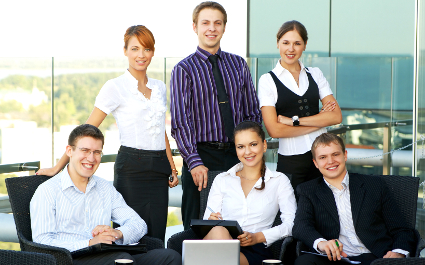 THE majority of people are already doing things as well as they can, it has emerged.

Research by the Institute for Studies found that despite society’s obsession with ‘nurturing potential’, there was virtually nothing out there to be nurtured.

Professor Henry Brubaker said: “Most of us are not geniuses – in fact, not even close. Rather than brimming with unexploited talent, we exist in a state of fully realised mediocrity.”

Professor Brubaker found that however many training courses people were sent on by their employers, they always returned unchanged.

He said: “The corporate obsession with ‘creativity’ is particularly futile.

“History dictates that people with great creative minds tend to die penniless in a ditch at the age of about 30, by which time they are mostly syphilis and absinthe.

“Those are not the kind of people you want working at your office supplies company.

“You actually need workers who can handle doing something really, really boring every day without actually going insane.”