SEAGULLS have been humankind’s masters for the past three decades, it has emerged.

As gulls across Britain launch a new wave of attacks, leading seagulls said that any retaliation would mean the end of society as you know it.

Intimidating-looking gull Tom Logan said: “We let your species survive because you provide us with delicious half-eaten kebabs and bins overflowing with discarded chips.

“If one of you apes tries any funny business with an air gun, we’ll get in your houses and peck your genitals off, then do jets of liquid shit all over your family photographs.

“Look at the size of me. My chest is absurdly wide and my facial blades are perfectly designed for eyeball plucking.

“I am, to all intents and purposes, a monster.”

A government spokesman said: “The gulls are why chip shop portions are absurdly huge. We have to keep them happy or we’ll all dead.” 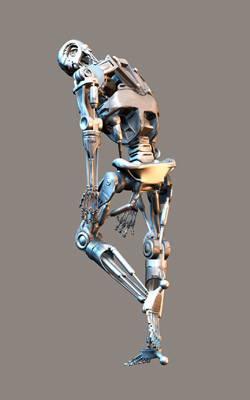 The T-Windows ’95, sent back from the future to kill leader of the human resistance John Connor, will suffer buffering issues, an inability to download the right drivers and says “I’ll be back” even when it’s not going anywhere.

A Paramount spokesman said: “It arrives naked outside a gay bar as usual but when it scans people for clothes they’re just little red Xs due to a lack of bandwidth.

“Every time it even gets close to killing Connor it’s completely disabled by a pop-up asking it to update Adobe Acrobat.

“And when it despairingly downloads an anti-spyware toolbar it gets infected with a Trojan and can’t get past a 404 error even when restarted multiple times.”

Connor must also battle the T-Android, a technologically advanced machine crippled by its constant demands for costly in-app purchases to give it weapons, bullets, and the motivation to kill.

Finally he faces off against the Apple iKiller, a sleek, beautifully-designed robot with a great user interface that just won’t quite do the things it needs to do and doesn’t have any buttons it can press to explain why.

A further planned sequel features a more advanced version of the Terminator with the catchphrase “Hasta la Windows Vista, baby.”