TIME has once again been altered because of about a dozen people who still deliver milk or grow things.

A government spokesman said: “We have to tinker with the clocks because otherwise farmers and milkmen have to get up when it’s pitch dark, and would probably crash their respective tractors and milk floats into trees.

“Never mind that supermarkets have made milk delivery and agriculture economically unviable, so only a handful of people still do those jobs.”

However farmer Roy Hobbs said: “Don’t blame me, I’ve got a torch. Also I have headlights and other forms of electric lighting.

“I have no idea why they still do this.”

However the government spokesman added: “It’s also part of our ongoing commitment to making your life as grim as possible.” 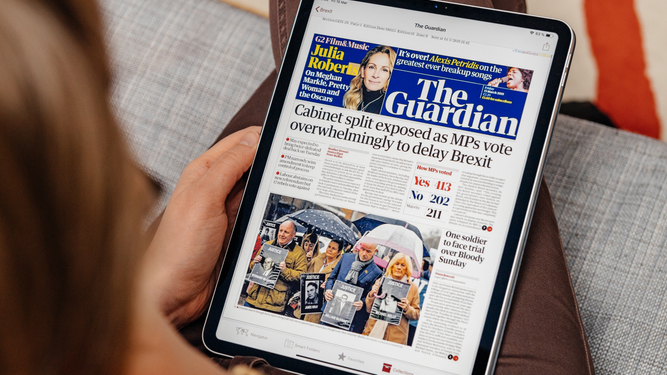 THE Guardian’s latest Blind Date feature has been ruined by the inclusion of someone who is not a middle class tosser.

New media developer Nathan Muir was bitterly disappointed to be paired up with nurse Nikki Hollis, who did not share his interest in indie cinema or being subsidised by your parents.

Muir said: “The date started badly when I found out Nikki didn’t have an obscure media job. I’m sure nursing is useful and everything but I’d been hoping to meet someone who makes promotional webcasts for Hulu.

“She was perfectly articulate and quite attractive, but we don’t have that much in common. She had no idea who Haruki Murakami was, and I don’t think her parents own a boat or a cottage.

“I considered going for a kiss, but she had to rush off because her cat was ill. Romance isn’t in the air, but we’re going to meet up as friends. Nikki suggested October 2022.”

Guardian Lifestyle editor Charlotte Phelps said: “This was a mistake on our part. Next time we’ll make sure Nathan meets someone who runs a small art gallery and won’t shut up about restorative yoga.”