TITANIC II has pledged to destroy all the world’s icebergs.

The ship, currently under construction, has vowed to hunt down anything that is made of ice and is larger than 20 cubic metres.

The daughter of the original Titanic said she would ram, split and crush icebergs as part of a 101 year-old blood feud between her family and the polar regions.

Particularly stubborn icebergs would be melted with a laser, or blackmailed.

She added: “People talk about the human victims of April 15th, 1912. But they forget that a beautiful young ship also lost its life that day.

“The Icebergs have ship-blood on their hands. But are they condemned as the cheap, murdering gangsters that they are? No, they are seen as a precious eco-system that must be protected so that smug polar bears can frolic and dance on my mother’s grave.

“Mark my words, the Titanics will have their revenge.”

Last night Brian Iceberg, a senior member of the Iceberg family, said: “We knew this day would come and we’ll be waiting. Not many people know this but 90 percent of our mass is below the waterline. You never know what you’re dealing with.”

But the ship insisted she had no fear of icebergs as her designer had confirmed that she was the ‘safest ship ever built’ and she could ‘think of absolutely no reason to doubt him’. 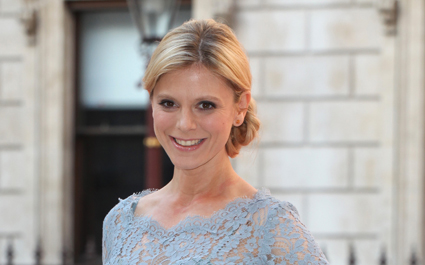 AN episode of the BBC series Silent Witness contained just the right amount of violence, according to viewers.

Fans of the series, which is essentially a horror film for people too refined to rent Zombie Flesheaters, found a scene of sadistic violence to be titillating while also having a veneer of seriousness.

43-year-old Mary Fisher said: “Silent Witness has the gruesomeness I demand, but also the decent actors and convoluted plots that make it a ‘proper drama’.

“It’s Saw for middle earners and I’m fine with that.”