THE shake-up of Britain’s rail system is to include a multi-million project to make all trains, stations and platforms pony compliant within four years.

The changes have been approved after a Highland pony failed to board a carriage at Wrexham earlier this week after becoming spooked by the gap between the train and the platform.

Improvements will include the introduction of wider access barriers and pony ramps as well as employing 1,000  ‘pony whisperers’ to announce updates over the tannoy system.

“They can’t be expected to stand there for up to 90 minutes with some rope, a crate, a frying pan, a cowboy hat, a shovel, a stick of dynamite and a banjo on their backs.

“They’ll just kick their back legs out and the stuff will go everywhere.”

But angry commuter, Carolyn Ryan, said: “First my annual season ticket goes up £50 and now I have to share a lavatory with a pony that probably has a urinary tract infection.

“They better put some straw down in there. It’s bad enough as it is.”

A spokesman for Network Rail said: “The train is an extremely comfortable and convenient way for ponies to travel and can be very cost effective if they book their ticket online, three months in advance.

“At least they can do if they have fingers or a giant laptop with massive keys.” 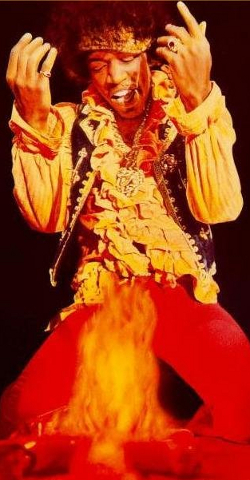 CHILD-abusing priests got carried away by the freewheeling ‘paedo power’ culture of the 1960s, according to the Vatican.

The Catholic church claimed that overly-attentive middle-aged priests’ minor errors of judgement could be blamed on the whole laid-back tie-dyed use-your-authority-position-to predate-on-vulnerable-children culture of the era.

A Vatican spokesman said: “The sixties was just such a crazy time, it was basically all about free child love. Young priests are only human, and of course were influenced by long-haired pop stars singing about how it’s cool to bugger choirboys.

“It all culminated with Boystock, that notorious festival where Jimi Hendrix sang Voodoo Chile, about a chorister whose cherubic looks conceal the wickedness that lurks within.

“And then The Animals came on and did House of the Kneeling Son.”

He added: “Everywhere you looked there were paedophiles in VW camper vans luring children with sub-Santana jazz fusion guitar noodling. The whole thing was one big crazy whirl of patchouli oil, bandanas and devious manipulation.

“In hindsight it all seems terribly hedonistic, but you can see how a young, newly-ordained man in the prime of life might get a bit carried away with the beautiful creepiness of it all.”

Former hippie, Nathan Muir, said: “We baby boomers have a lot to answer for – dream catchers, mud wrestling, and funky, laid back multi-national ice cream corporations – but this seems unfair.

“Then again, The Freak Brothers did look rather chilling, especially Fat Freddy.”