UBER is preparing to launch a gondola service once Britain is completely under water.

As the Met Office warned of increasingly biblical levels of rainfall, the taxi giant said it will offer an easy-to-use app to transfer customers from their submerged homes to submerged offices and underwater pubs and shops.

An Uber spokesperson said: “Uber Gondolas will offer a comfortable, scenic way to travel through the stinking flood water, for a fraction of the cost of a traditional riverboat.

“The gondolas are large enough to carry your scuba diving gear and fishing equipment. And they are probably sturdy enough to withstand crocodile attacks.

“We’re fairly confident there will be crocodiles as we are planning to release thousands of them.

“We don’t want people swimming to their destination when they should be giving us money.”

Self-centred prick 'needs another minute' with the menu 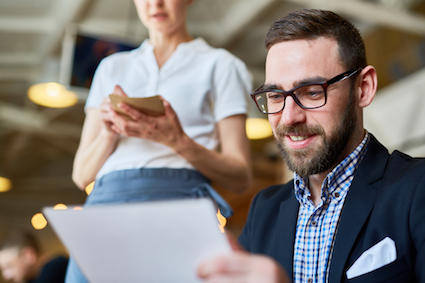 A MAN has been declared a prick after sending the waiter away when everyone else was clearly ready to order.

34-year-old Adam Townsend, was dining with friends at Pizza Express in Crawley, when the waiter arrived halfway through Townsend’s very important anecdote about his ‘nightmare commute’.

Townsend said: “I had been too busy entertaining the table to check the menu, so I asked for a bit more time. Nobody minded; they were gripped. If anything, they were annoyed with the waiter for ruining the flow of my story.”

Fellow diner, 33-year-old Mark Pitcher, said: “When the waiter came to take our order, I started to ask for a Fiorentina, but Adam the Prick cut me off, saying he needed another minute. By this point, we were all ravenous.

“I suggested that Adam should think about what he might like to eat while the rest of us were ordering, but apparently he ‘couldn’t concentrate while we were all talking’. Prickishly, he also dismissed my idea of ordering a starter for the table as ‘unnecessary’.”

The group confirmed the prick will now be shunned.