WINTER weather will result in a million of pictures of nothing much, experts have warned.

Arctic conditions across the UK are expected to drive people with too much time on their hands into a frenzy of pointless weather-based amateur photography.

But veteran life coach, Roy Hobbs, said: “Snowy things are far less of a novelty than you think they are. Stay indoors.

“You may think that lone bird on a fencepost looks exceptionally picturesque against a seasonal backdrop, but no-one else gives a tuppenny fuck.

“You can go balls-out crazy with your Photoshop filters, but the sharp observer will see through such tawdry gimmicks.”

He added: “Your relatives might feign interest when you show off the contents of your new 1000-image strong ‘snowpics’ computer folder, but they will be bored.

“By the time you get to the 26th picture of the half-melted snowman, they’ll be thinking about the last time they had sex.”

Goodwin loses knighthood for same reasons he got knighthood 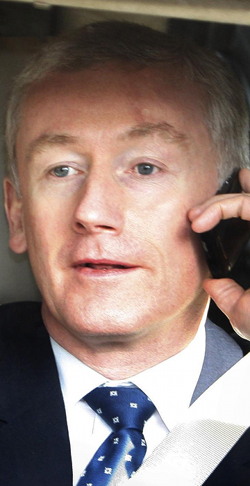 THE reasons for Fred Goodwin getting and losing his knighthood could have been separated at birth, it has been confirmed.

Experts have discovered that the former RBS chief executive went from Mr to Sir to Mr because of massive risk taking and politics.

Professor Henry Brubaker, of the Institute for Studies, said: “He got the knighthood because Labour was choking itself on the City of London’s penis and he took a massive risk in buying Nat West.

“He lost the knighthood because the Tories are choking themselves on the penis of public opinion and he took a massive risk in buying ABN Amro.

“So we have two slightly different penises, while one of the risks worked and the other one didn’t.”

But Goodwin, the National Blamehound since 2008, hopes to be immediately re-knighted for services to high-horsemanship.

The appalling banker has been praised for his commitment to keeping Britain all noisy and self-righteous while preventing it from having to face up to its own thunderous inadequacies.

A Downing Street source said: “And then, if he sets up a children’s hospital in Darfur we can look really good when we take it away again.”

Meanwhile, Britain is set to completely ignore calls for the reform of an honours system that knights people for banking, acting, football, being on the television and playing bass guitar left handed for 50 years.

“But of course, football is not just a ball and some people to kick it. It needs ‘services’.”

The Institute for Studies has proposed reverting to a more traditional honours system where knighthoods are reserved for acts of chivalry, such as rescuing a fair maiden from Ryan Giggs.