Your guide to where you should and shouldn't urinate

DO you have difficulty distinguishing between a legitimate place to relieve yourself and the kind of monument you claim to be defending? Use this guide:

On Winston Churchill statue: NO

If caught short near a Churchill statue while tanked up, you might accidentally unleash a stream of beery urine onto the national hero who led us through our darkest hour. Don’t. Look for a statue of Gladstone or someone else forgotten instead.

On the box around an unknown statue who might have done something bad: YES

If they’ve put the guy in a box, he must be a wrong ‘un so it’s pretty much an act of political solidarity to micturate against it. Plus it’s the closest you’ll get to weeing against one of those plywood fences they have at music festivals this year.

In the shower: YES

Why not? Also if you live in a shared flat, dislike your flatmates and are a passive-aggressive twat, you can take pleasure in knowing they might get a bit of your piss on their feet. Though mainly it’s on yours.

A 45-minute socially distanced queue may leave you with urge to splash out on an upmarket ready meal chiller cabinet, but don’t. Whopping out your schlong and gaily relieving yourself lowers the tone dreadfully.

The bushes in a lay-by: YES

This will give you a charming nostalgia trip as you remember being a small child on a long car journey to some seaside shithole for a day out, with your dad smoking throughout the journey and not wearing a seatbelt.

These satanic stink-holes are only for fearless people or those without a sense of smell. And even with the best will in the world you’re going to fire piss everywhere when the Pendolino hits a curve given that you can’t sit down, because if you did you’d never be clean again.

'Lockdown brought us closer', says one couple in whole UK 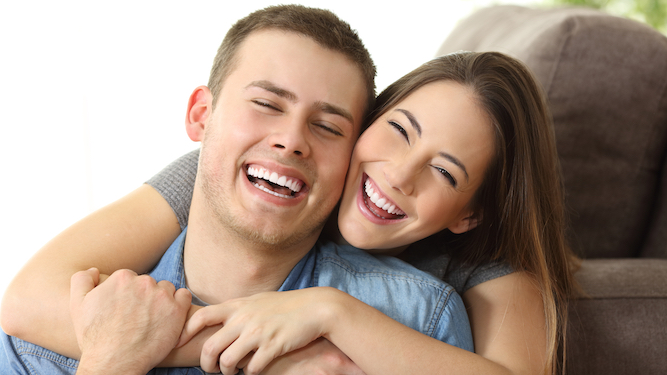 FOR a single married couple in the whole of Britain, enforced time at home together has not been a curse but a blessing.

While most of the country’s 34 million couples have found new reasons to loathe one another, James and Hannah Bates have been reconnecting and laughing like they have not in years.

Friend Lauren Hewitt said: “I Zoomed her with a funny story about Rob hiding from me in the shed while I was hiding from him in the toilet, because we hate each other, and she was all like ‘Wow James and I are so close now.’

“They wake up together, have meals together, go on little walks. It’s unnatural.

“I mean I knew there must statistically be one couple not Googling ‘divorce’ while staring straight ahead, but that I should know them personally? What are the odds?

“Straight away I got on to my mate Kerry, to tell her about these sick freaks. She was parked up at a reservoir in the rain rather than be at home with her boyfriend.”