THE looming threat of World War III has led to millions of diets being put on hold.

The Institute for Studies found that despite the desire to have a ‘beach body’ for the summer, people are now thinking that being forced to eat nothing but rats and old newspapers in a post-apocalyptic wasteland would be sufficiently ‘low carb’.

Dieter, Emma Bradford said, “I haven’t eaten chocolate for 3 weeks. Or chips or lard or chips cooked in lard.

“But then when I saw the news I thought, ‘bollocks to that’.”

She added: “I’ll now be spending the evening eating lard straight from the wrapper whilst digging a big, safe hole in my garden.”

“And it’ll now have to be a slightly bigger hole than it would have been yesterday.”

Fellow dieter, Martin Bishop added: “If we’re all going to be vaporised into piles of dust then I may as well be a slightly bigger pile of dust.”

Student to do three years of work in next ten weeks 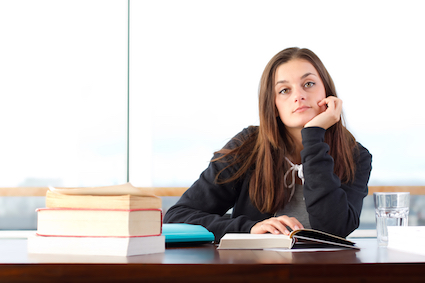 A STUDENT has announced that she will be spending the next two-and-a-half months completing three full years of work, as planned.

Joanna Kramer, studying for a history degree at Leicester University, has attended six lectures for her own courses plus four film studies ones when she was chasing a tall hipster.

She said: “Okay. Six dissertations, five exams, everything I was meant to be learning since I was a callow girl of 18 in the time it takes to watch a box-set.

“Always knew it’d be hard, but I promised myself I wouldn’t bitch. I knew when I was enjoying my years of doing absolutely fuck-all there would be a price.

“It seems stupid with uni being so expensive, but it only makes your free time all the more valuable. When it’s costing this much why waste it working?

“Christ, what the fuck is the Jacobite rising? Is this even my course?”