Beans don't deserve their own ramekin

BEANS are not fancy enough to be given their own ramekin so stop serving them like that, diners have agreed.

Baked beans are cheap and sold in cans meaning they are not sophisticated enough to be served separately in their own porcelain ramekin for all the world as if they are caviar, restaurants have been advised.

Tom Booker of Trowbridge said: “I can understand a soufflé or a crème brulée getting their own little dish with a fluted exterior, but baked beans? No.

“Even high-end beans from Heinz or Waitrose should go straight on the plate. Anyone dolloping them into a ramekin needs to reassess their life choices because they’ve seriously f**ked up.

“We need to draw a line in the sand or we’ll be eating noodles out of pint glasses. Do we want future historians to say the decline of Western civilisation began here, with baked beans being served in a ramekin?

“Put them on the plate. Stop pretending that the chav food you serve to our unenlightened palates is fancy. Treat us like the scum we are.”

Chef Ryan Whittaker said: “The ramekin stays. It’s our only excuse for charging £4.85 for 8p of beans.”

'I will only listen to Boris!' roars Putin at Ukraine peace talks 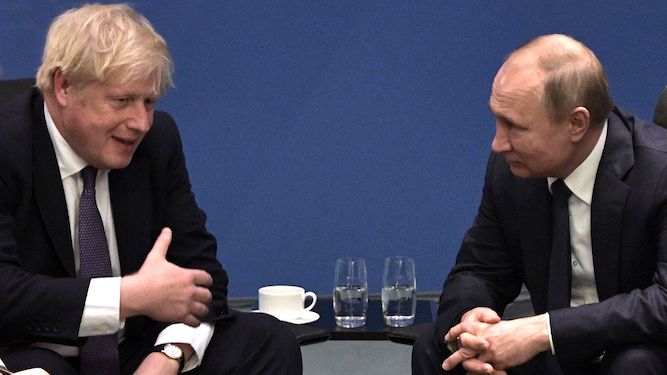 BORIS Johnson is being urgently flown to Kiev after President Putin confirmed that he is the only Western leader he considers trustworthy.

The Russian leader has demanded that he sit down with an honest straight-talker with an outstanding track record of tricky geopolitical negotiations, and insists that only Britain’s prime minister fits the bill.

He said: “Macron? A joke. This German? He is no Merkel. Biden? The call only lasted an hour because he kept falling asleep.

“Boris? A true leader. A man unafraid of his own ignorance. A man prepared to put in all the bluster necessary to ensure war. No-one else would ask ‘what has Belarus got to do with anything?’ with a straight face.

“Fly him out here and put him at the end of my long table. Let him give away your military secrets by accident. Let him make the diplomatic blunder that will serve as our casus belli, then fly home victorious only to discover we invaded before he landed.

“Only Boris truly represents what Russia believes of the West: stumbling, bumbling spoiler children convinced they are too special for anything bad to happen to them.

“Also I have some stuff for all my oligarch crew in London I need him to drop off, so it is two birds with one stone.”