A COMPANY has launched an ‘anxiety flavoured’ energy drink for people who want the taste of how they feel.

MegaBoost UK Ltd created the groundbreaking drink by combining a huge hit of caffeine and sugar with jarring flavours including chilli, metal and stale urine.

Managing director Tom Booker said: “The taste alone will have you buzzing with tension even before the ingredients have started wreaking havoc on your internal organs.

“The incredible taste of Hyper Anxiety comes from combining flavours no sane person would want in their mouth together, such as copper, cheese, caustic soda and dandelions.

“We’ve increased the caffeine and sugar to ensure every can is a sickly chemical syrup that tastes of nothing natural – which is exactly how our customers like it.”

Energy drink fan Wayne Hayes said: “One sip sends you into a panic, then when the caffeine kicks in you just want to run and never stop running like you’re being chased by demons.

Your guide to voting in the local elections 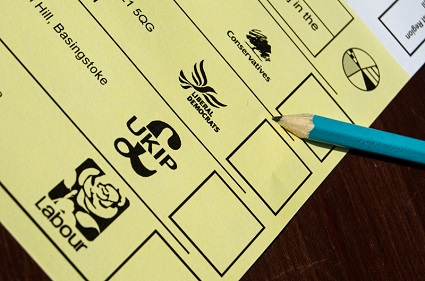 TODAY millions of Britons are proudly exercising their hard-won democratic right to vote in the local elections, or more probably staying in with a ready meal and Police Interceptors.

So if you’re diligently trogging round to your old primary school to vote, what should you do? Read our guide.

Try to base your vote on local issues, or at least actual UK politics. Don’t give Labour councillors in Crewe a kicking because you’re angry about Iraq. It’s unlikely Blair got them to fire the cruise missiles.

Do not vote for tiresome joke candidates

All elections throw up a small number of deeply unfunny ‘joke’ candidates, eg. ‘King Roddy Noddy Ploddy and the League of Tall Diddymen’. For Christ’s sake don’t encourage them.

Madster parties like the BNP tend to produce crap councillors who don’t turn up to meetings. Although if you’re anticipating a global race war masterminded by the Jews it’s easy to see that you might de-prioritise wheelie bin collections.

Be nice to polling station workers

Most are volunteers working late for free, so be courteous to them. This includes not sharing your bizarre conspiracy theory that they secretly dump all the ballot papers ‘for the government’.

Take an interest in the regional mayoral elections

Actually this is a bit of a stretch for anyone. Just vote for the candidate with the best name.

If you can’t be arsed to vote, don’t claim it’s some sort of protest

If you can’t be bothered, don’t claim you’re “disenfranchised from the political process” or similar. Being a bit hacked off with politics and staying in to watch Eastenders doesn’t make you Steve Biko.