'So it is actually chicken?' ask KFC customers

LOYAL KFC customers have been intrigued to discover the beige blobs they were eating were actually chicken.

KFC regular Nikki Hollis said: “To me it just tastes of city centre. I had no idea city centre is chicken.

“I always thought The Zinger and The Daddy were sexual positions, because a mate of mine did The Supercharger Twister and put their back out.

“It’s annoying KFC can’t toss some other meat in the fryer. How hard can it be to find ‘other meat,’ I thought everything tasted like chicken?

“There’s always toes and rats turning up in burgers but the point is no-one cares. Just whaz it in the deep fat, add cheese, add spice, we’ll eat it.”

Hollis added: “It makes sense why ‘chicken’ means coward. If you tasted that good you’d be terrified for your life.” 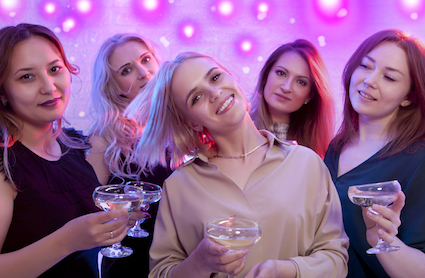 Something great has happened in someone else’s life. This obviously cannot do, as it means the attention won’t be on you for a couple of days, maybe longer if they really milk it.

Here are five creative ways to make someone else’s happy news all about you.

Announce it for them on Facebook
Whether it’s a pregnancy, an engagement or amazing career news, nobody wants to look like a dick by shouting their successes all over the internet. By making the announcement for them, you’re doing them a favour, spreading the great news while allowing them to appear humble.

One-up them
Someone gets engaged? Get married. Someone has a baby? Have twins. Someone gets a great new car? Report it as stolen and have them pulled over by the police.

Create a problem
Invited to a wedding? How come they haven’t arranged transport, childcare and accommodation for you? Someone’s had a baby? Start a huge argument with them about their choice to vaccinate. Nothing puts all eyes back on you like kicking up a big stink.

Take over
Someone’s getting married? Plan the whole thing for them. Planning a wedding is so stressful so they’ll definitely thank you for it. Make sure to plan every detail the way you would have it, completely ignoring their tastes, so it’s a real surprise.