A 30-YEAR-OLD man has announced that he will be getting fatter and fatter over the coming decades.

Tom Booker informed his friends and family of the decision, saying that it was out of his control unless he did regular exercise, which was highly unlikely.

Booker said: “I was never that health-conscious before I turned 30 so I unless I get hooked on jogging, then I’ve just got to accept it’s elasticated pants from here on in.

“Over the next five years I’ll get quite fat, and by the time I’m 45 I’ll be really fat.

“The other alternative is to start taking hard drugs, that’d keep the weight off. I would probably lose my teeth a bit quicker than I’d like but I suppose it’s all about getting the right balance.”

Professor Henry Brubaker of the Institute of Studies added: “Buddha once said, ‘Decay is inherent in all compound things. Strive on with diligence’.

“He was a fat, bald bastard though so he was bound to say that.” 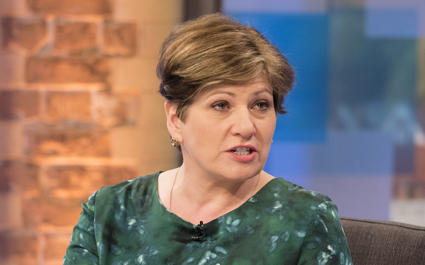 SHADOW foreign secretary Emily Thornberry is not an asset to her pub quiz team, it has been claimed.

Labour MP Thornberry, who lashed out at the trivial and ‘sexist’ nature of a Sky News interview, regularly takes part in her local pub quiz as part of a team called Quizmungous.

Team mate Roy Hobbs said: “Last week there was a question about who played Ferris Bueller in Ferris Bueller’s Day Off. Emily insisted it was Sean Connery.

“However the character of Ferris Bueller was a student and Sean Connery would have been about 46 at the time.

“When I suggested that, she accused me of ‘mansplaining’ and threw a peanut at me.

“She went off to the bar in a massive strop and later returned to incorrectly assert that 80s darts show Bullseye was called Treble Twenty. I just kept quiet that time. We lost.”

Emily Thornberry said: “You might expect entertainment trivia at a Wetherspoon pub quiz but this was an independent Islington tavern with organic guest ales, really the questions should be about contemporary art and Ian McEwan books.”