A 45-YEAR-OLD has confirmed that he has been going through his midlife crisis since around 1999.

Tom Booker of Swindon began to worry about his advancing age, lack of achievement compared to his peers, and inevitable mortality aged 25 and has not stopped since.

He said: “I mean what’s it all for? What have I really done with my life? Is this it? Those are the thoughts I’ve been having since approximately the time The Matrix came out.

“I always think of midlife crisis as a blokes buying sports cars and leaving their wives for their secretaries, but I can’t drive and haven’t got a secretary, which only makes my crisis worse.

“Apparently this crisis can last until I’m in my mid-60s. Surely a crisis is something that demands immediate action, rather than dragging on for your entire life.”

Booker added: “But I also support West Ham, and they’ve been in crisis for at least as long as I have. So yeah, I guess this is it.”

How to tell someone they're wearing too much f***ing aftershave 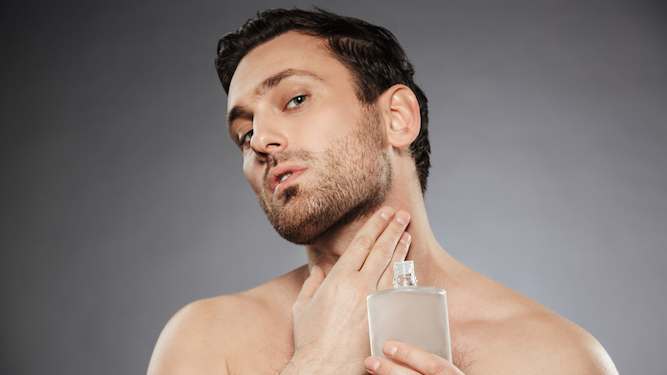 ARE YOU in the vicinity of someone doused in so much scent that they leave a wake of aggressive migraines? Here’s how to break the news.

Pointedly walking away from someone is rude. But as rude as someone applying so much essence of cat’s anus to their neck their smell trail can still be followed 40 minutes after they’ve left a room? No.

Fake some kind of attack

Coughing, choking and rolling around on the floor clawing at your neck will get their attention. When they ask what’s wrong, say ‘My airways are closing up, but don’t let my asphyxiation stop you from bathing in Joop! Homme.’ If they don’t leave, at least you know they genuinely want you to die.

Fuck it, everyone’s running to HR about everything now, why not you? It not only avoids confrontation but provides a stimulating atmosphere of passive-aggressive workplace paranoia when memos suddenly arrive declaring the office a ‘scent-free environment’.

Anyone who thinks a liberal application of Davidoff Cool Water makes them sexy is probably a psychopath and has certainly bought one of those supposedly woman-attracting pheromone sprays from a magazine. Ditch them immediately.

Punch them in the face

Trapped with the offender in a relatively small space? Overwhelmed with their vile reek?  Your only option is to take them down. Go for it. Everyone will thank you.