A WOMAN is asking herself what the point of becoming an adult was if she still has to put up with disfiguring spots like she did as a teenager.

Lucy Parry, 40, imagined she would grow out of it the moment she reached 20 and is dismayed to still be growing pus-filled pimples two decades later.

Parry said: “It was clear to me that growing up would be rubbish, what with having to do a tedious job five days a week to pay for incredibly boring things like work clothes and gas.

“What kept me going was the fact that by getting older I’d stop waking up every other day with a massive, greasy spot on my face.

“I’ve been through all the tedium of getting on the property ladder, and the even worse tedium of setting up a pension, and I still get the disgusting yellow ones.

“Nature has definitely not kept up its side of the bargain as I spend just as long popping zits on the mirror as I did when I was 15.

“And to add insult to injury, now I have to clean the mirror myself.” 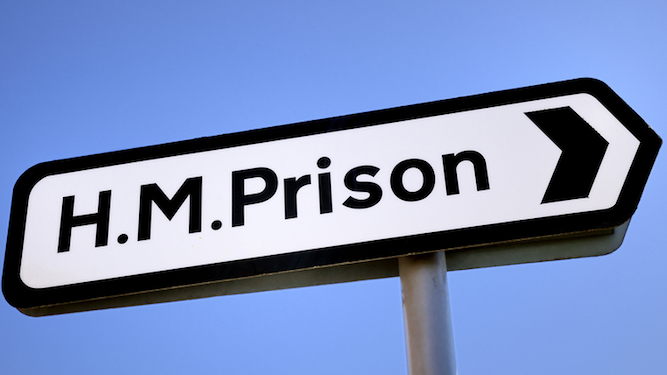 THE government has dished out £18 billion in PPE contracts, many to useless suppliers and Tory party chums. Here are some interesting ways to make them pay the money back.

Popular in Victorian times. You stayed until you settled your debt or worked it off, so with the vast sums currently involved that would be ideal for keeping incompetent twats like Matt Hancock out of public life permanently.

Send the debt collectors round

Not the weedy, legit bailiffs on Channel 5’s Can’t Pay? We’ll Take it Away! Instead the steroid-crazed, bodybuilding gangster type who also work as doormen and professional limb-breakers. Michael Gove would undoubtedly spout legal bollocks at them and be dragged away to a warehouse in Essex for a ‘chat’. Which would be terrible.

Make them do fundraising activities

What could be more appropriate than a lazy arse like Boris Johnson having a punishing schedule of 20 tennis matches a day with Russian oligarchs? Cheaper options would be available, eg. £1.50 for a game of Scrabble with Liz Truss.

Subject them to benefit fraud rules

You’re often given the chance to pay back overclaimed benefits before the law gets involved. However even the substantial wealth of the Tory front bench wouldn’t cover the hundreds of millions wasted, so Rishi Sunak could be looking at an awkward 18 months in HMP Wakefield smoking spice in a tracksuit.

Make them do three badly paid jobs each

This wouldn’t raise much cash, but it would be educational. And frankly hilarious to see Dominic Raab pedalling away frantically with a box of pizzas on his back, or Priti Patel getting bollocked at Chicken Cottage for forgetting to put more chips in the fryer.