A NEW vaccine designed to treat cocaine addiction also produces a pleasant, drifty feeling that you could very easily get used to, it emerged last night.

The experimental serum, known as EH-5361 or 'Diamond Sunbeam', was declared a success after clinical trials on a broad cross-section of media workers and estate agents with unmanageable gak habits.

Former addict Julian Cook, a public relations executive from Finsbury Park, said: "For a vaccine it does make you feel remarkably warm and cosy, like the whole world's a big snuggly womb. You just want to curl up in a ball and contemplate your knees.

"And although I'm definitely cured, I'd be willing to volunteer for another similar trial, just to make sure. Extremely willing. Actually, I'm finding it virtually impossible to think about anything else."

He added: "Then again, clinical trials involve lots of paperwork. I tell you what, why don't I just buy some? I've got money. Or, if it would speed things along, I could suck you off."

Dr Stephen Malley, who helped develop the treatment, said: "I keep accidentally pricking myself with big dripping syringes of the stuff and have experienced no ill effects whatsoever. In fact, I feel like a god damn superman.

"I am having like 60 ideas a second and every single one of them is the answer to absolutely everything. I'm going to win a FUCKING NOBEL PRIZE."

He added: "Now I'm so very cold and my eyes feel like giant marbles. In the name of shit, someone vaccinate me."

Will We Ever Have Bananas Again, Daddy? 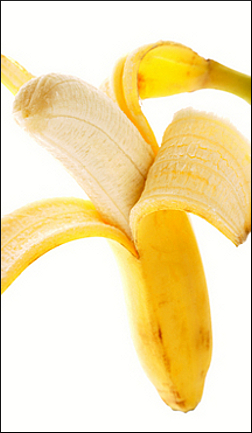 THE prospect of a nice, ripe banana faded rapidly into the distance last night as Britain faced-up to a new age of banana-free austerity.

As shadow chancellor George Osborne outlined a series of savage public spending cuts that will involve some people waiting a year until they get more money, worried consumers across Britain began hoarding bananas and looking up the word austerity.

In a speech that could decide the outcome of the next general election, Mr Osborne signalled an end to the era of universal bananas while experts warned the slightly bent fruit will soon become an unattainable luxury along with caster sugar, Dairylea cheese triangles and the common British egg.

The shadow chancellor told the party conference in Manchester: "I want to make this absolutely clear – you're all in this together.

"Me? I'm err… Well, I'm fine actually. I've got a safe seat, a really super pension, two large houses and considerable personal wealth. You, on the other hand, are deeply, horribly, terrifyingly not fine."

Mr Osborne then held up a large banana, adding: "Take one last look. Imagine its smooth, buttery texture, remember its sweet, creamy taste and then hold on to it so very tightly and hope that one day you may meet again."

Economist Tom Logan said: "In the years to come urchins will press their grimy noses against the windows of fancy restaurants in Piccadilly as people whose salaries have not been frozen for a year share a single, delicious, forbidden banana.

"And if those people are millionaires, or have simply decided to forgo Christmas, then that wondrous banana may even be served with some caster sugar, a cheese triangle and a magnificent fried egg."

But Professor Henry Brubaker, of the Institute for Studies, said that while the 12-month public sector pay freeze may seem harsh, anyone who had given it more than a moment's thought could see that it obviously wasn't.

He added: "In the grand scheme of things a year really is not a very long time. Try watching an episode of Grey's Anatomy all the way through and you'll see what I mean."