We Will Never Judge You, Says Greggs

GREGGS the baker last night assured its customers it would never ever judge them.

As supermarkets across Britain attempted to intervene in every aspect of their customers’ lives, Greggs said that not only would staff refrain from judgemental comments, it would make it as easy as possible for consumers to indulge their basest desires.

A spokesman said: “It is not our place to determine right from wrong, or express ill-informed opinions about your lifestyle choices. It is our place to come up with ever more convenient and sophisticated fat delivery mechanisms.

“We are currently working on a large plastic syringe, with a wide hole at the end, that can be filled from a stainless steel vat behind the counter.

“We will liquidise some doughnuts and sausages until they take on the consistency of Mr Whippy ice cream.  You then simply fill up your syringe with this pinkish-brown goo and inject it directly into your face.”

He added: “And will we ‘tut-tut’ whenever you ask for a refill? On the contrary, we think you’re fabulous.”

Meanwhile supermarket giant Sainsbury’s said it would cut the number of judgemental comments made by staff on its cheese counters by a third.

A spokesman said: “Big, fat cheese fans can buy their weekly half ton without a barrage of grunting and oinking noises, while gay couples will no longer be subjected to readings from the book of Leviticus every time they ask for one of those Austrian smoked cheeses that comes in a long tube.”

He added: “We will, however, continue to brow beat pregnant women who want some unpasteurised Camembert because, let’s be honest, everyone’s allowed to judge pregnant women aren’t they?” 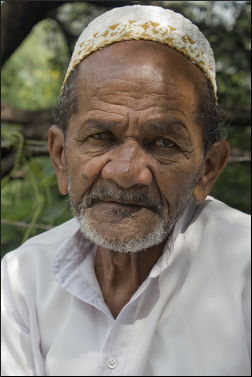 THE Tories have pledged to raise the age at which you suddenly turn into a racist caravan owner who is unable to drive faster than 38mph in a 60mph zone.

The party claims it will save up to £13bn a year by slowing the rate at which Britain's roads become filled with caravans, motorhomes and Volvos, thereby increasing economic output as more people arrive at work in a balanced and productive state of mind instead of wanting to kill every living thing on the face of the Earth.

But Stephen Malley, a 42 year-old engineer  from York, said: "This will mean I have to wait another 24 years instead of 23 before I can develop a truly offensive and disgusting sense of entitlement.

"I was really looking forward to hitting 65 and having the time to develop a spectacularly ill-informed theory about how everything is the fault of muslims.

"I wanted to travel the world, meet interesting people and thrust my wilful ignorance directly into their stupid foreign faces. The dream is shattered."

Tom Logan, an accountant from Hatfield, said: "So often I have overtaken some old bastard who was towing a caravan at 38mph on a trunk road and thought, 'he looks really happy'.

"He obviously doesn't care that I would actually kill him if I thought I could get away with it. His only task for the day is to drive me into a stroke-inducing frenzy before arriving at some nice, neat camp site where he and his mousey little wife will cook some value sausages, drink wine from a box and laugh about how much I hate them. And I think to myself, 'I want that'."

Bill McKay, a 58 year-old planning officer from Grantham, added: "I have spent 35 years trying to look busy or covering up the horrendous mistakes I've made because I am so staggeringly incompetent and under-qualified.

"But now I will have to do this for another 12 hair-raising months unless I can feign some kind of mental breakdown or claim incapacity benefit after throwing myself down some stairs.