THIS week finds me in Switzerland, home of chocolatey assault course, Toblerone and, more recently, randy holocaust survivor and film maker, Roman Polanski. I just had to find out for myself what the real story is behind this pickle he’s got himself into. Americans are constantly doing this kind of thing and I reckon the world would be a better place if only they’d stop watching so much Quincy.

During my night of passion with DJ Rico, we discovered that we are both the biggest fans of Roman Polanski in the world. Rico says the establishment are just trying to bring Roman down because, like him, he has eclectic tastes and is an artist. I told him how I totally cried at the end of The Pianist and have all seven series of Scrubs on DVD.

It may be true that, as an older man, Roman was being a paedophile with that underager. But I must admit that when I was 15 I had this weird crush on Dale Winton and dreamed every day he would burst into my Geography class and go “Hey, Poppy, let’s head back to my luxury mansion for some sex”. Sadly, it never happened: Dale married the woman off the milk adverts and then my Uncle Steve said he was a ‘bender’. Either way it seemed increasingly unlikely that Dale was ever going to come down my school.

So I got the name of the jail that Roman was staying in off Sky News and hopped into a taxi, which promptly took me to a menacing looking building in the middle of nowhere. Just inside, I reasoned I must be in the Jihadi wing as there were lots of shifty looking Arabs hanging about. However, as I strolled around I realised that there were too many tractors and not enough security doors for it to be a jail and began to suspect my German accent had been lost on the cab driver. The Arabs seemed to be buying the tractors with large handfuls of cash and I knew for sure I was in the wrong place when they then walked freely out the door. I asked the cashier if Roman Polanski was about and she told me this was a farming centre and Roman had no reason to come in at the moment.

In short, Switzerland is a really confusing place where film directors can be jailed even if they’ve won awards and Arabs can just go around with suitcases full of currency and purchase agricultural items. I guess at the end of the day, the Swiss are just doing what they think is right. But that doesn’t excuse the fact that they’re also being total spoil sports. I often live by the motto “No one likes a Grass” and Switzerland are going to find themselves pretty isolated in Europe if they don’t chill out a little and start being more friendly.

Half A Million Benefit Cheats Throw Themselves Down The Stairs 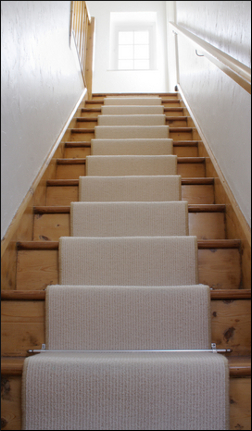 A CONSERVATIVE plan to cut the number of people on incapacity benefit was in tatters today as 500,000 people threw themselves down a staircase.

Across Britain council houses and tower blocks echoed to the tell-tale thump of work-shy layabouts hurling themselves towards a guaranteed £25 a week.

Under the Tory plan all those who are deemed fit for work will have their benefits cut and be forced to look for jobs that currently exist only in the mind of Norman Tebbit.

Tom Logan, of the London School of Economics said: "By 2014 we should be in a situation where half the country will be assessing the employment capabilities of the other half until they get bored and throw themselves down some stairs.

"They will then join the queue for assessment and will eventually be employed assessing people who have recently thrown themselves down some stairs. And so on."

Tory leader David Cameron denied the move was a return to the harsh Thatcherite policies of the 1980s, adding: "I will personally ram a knitting needle into the thighs of all those who claim they are unfit for honest labour.

"Any scoundrel that lets out a shriek will have the gin bottle snatched from his grasp before being manhandled into the back of a cart and dumped outside the gates of his local cotton mill, bobbin factory or call centre.

"The wretch will then be forced into an upright position where he will learn the virtues of toil and the base immorality of screen breaks.

"If they apply themselves and refrain from griping, then perhaps they will rise to the rank of tradesman and one day may even be in a position to ask me how much money I have."