Bored humans running to the point of exhaustion

MILLIONS are running until their legs give out just for something to do.

Researchers at the Institute for Studies found that people were running up to seven times a week simply because they could not think of a more productive outlet for their spare energy.

Professor Henry Brubaker said: “As living standards have improved over the centuries, people find themselves with more time on their hands.

“That time could be spent writing an era-defining novel, formulating strategies for world peace or just contemplating nature on a profound level.

“Maybe one day I’ll be able to outrun the voices in my head, all those crushing doubts and memories of failure.

Professor Brubaker believes running will eventually cause the demise of the human race.

“In several thousand years a massive asteroid will hit the Earth and humanity needs all its energy to organise a massive interplanetary migration.

“However most of that collective energy will have been wasted running from point A to point B and back to point A, for no reason, so we will all die.” 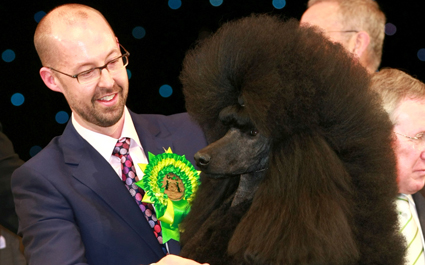 CRUFTS winner Ricky the poodle has said he just likes to do normal disgusting dog stuff.

The immaculately coiffed two-year-old standard poodle said: “Yes I have won the biggest prize in being a dog but this won’t change me, I’m still a normal canine who likes to throw up and then eat some of it.

“Also I eat other animals’ faeces, especially cow pats which I find quite piquant.

“My other favourite pastime is scrunching up a cushion into a ball then thrusting my genitals into it in a grotesque parody of sexual intercourse.

“I may be Crufts winner but that doesn’t mean I won’t still get a bright pink erection for no apparent reason, often when my owners have guests.”