A MUTATION of Covid-19 from Bristol has a second job playing records badly during the evening and at weekends, it has been confirmed.

Scientists believe the variant, which was discovered mixing self-importantly in an abandoned warehouse in Stokes Croft, has turned to DJing to make ends meet.

Virologist Julian Cook said: “Covid-19 has proven to be a resilient, adaptable virus, and this variant is no exception. Although it can’t crossfade between Massive Attack and Portishead to save its life.

“By learning how to use turntables the virus probably thought it could carve out a unique and lucrative side gig. However Bristol is filled with millions of failed DJs who will tell you that simply isn’t the case.”

The Bristol mutation said: “One of the biggest downsides to being a respiratory disease is the nobody wants to share a room with you, let alone crowd together while you f**k about with a sound desk.

“I should’ve really thought this through before splashing out on monitor speakers and getting a load of flyers printed for my club night. Fingers crossed they start vaccinating dreadlocked stoners soon.” 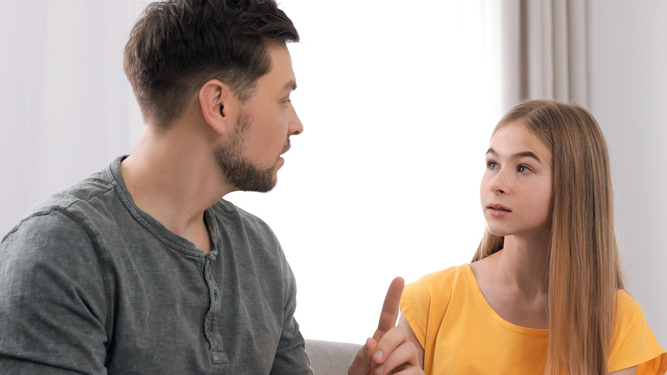 DO you want to shock younger people with tales of life in the pre-internet olden days? Here are some things to freak them out with.

Otherwise known as ‘albums’, and you always knew there’d be quite a few duds on the LP as you handed over your cash in WHSmith. All were still far better than an iTunes Ed Sheeran playlist, however.

Definitely mention this because the texting generation will assume you were sitting in candlelight with a quill pen while wearing a Shakespearean ruff as you wrote a quick letter to your university girlfriend/boyfriend in 1989.

For vague historical and moral reasons, in the 80s most pubs shut for a couple of hours in the afternoon, with little effect on how much people drank. Food was crisps or a shit ploughman’s lunch, grudgingly served. If you asked for a coffee the barman would look at you as if you’d walked in wearing a spacesuit.

You couldn’t just look up anything instantly

Thanks to Google, it’s easy to look up anything from the opening times of a local garage to the average sperm count of a male velociraptor. Unlike in the olden days, knowledge is far more accessible now, with most people getting their facts from Twitter or the Mail Online.

Car journeys involved no seatbelts and lots of smoking

Seatbelts weren’t compulsory for everyone until 1991, and before then many dads believed they were a slur on their James Hunt-level driving abilities. All cars also had a prominently-positioned ashtray in case you couldn’t make it to the local Kwik Save without smoking 15 Rothmans.

If you’ve grown up with Playstation, it’s hard to grasp how amazing penknives were. Swiss army were the best, obviously, even though you were too young to use the corkscrew and no one has ever used the fish scaler, even the Swiss army.