Bulimia Not The Same As Being A Greedy Bastard, Say Doctors

DOCTORS last night attempted to end of confusion over the symptoms of bulimia, stressing it was not the same as being a big, greedy bastard.

There are fears that GP surgeries could be overwhelmed after reports the disorder may now be affecting fat people who like to stuff their face.

Dr Wayne Hayes, of the Institute for Second Helpings, said: "In our studies we always separate the subjects into two groups.

"Although some of the people in group 'B' eat so many biscuits they end up making themselves sick, it's not the same thing."

Dr Hayes said bulimia was more likely to affect young women with self-image problems, while being a fat bastard tends to affect MPs with access to large amounts of free food.

"Of course being an MP can be stressful, especially if you keep making an arse of yourself on Newsnight.

"But instead of being a big, greedy bastard, why not go for a long walk or perhaps enjoy a luxury scuba diving holiday at the taxpayers' expense and then claim it was a 'trade mission'?"

Public Backs Princess Anne To Be Next King 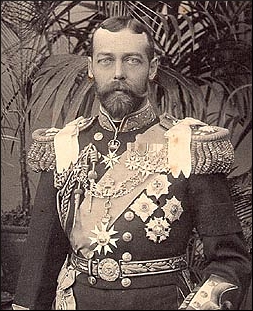 THE public last night backed changes to laws of succession and called for Princess Anne to be the next King of England.

According to a nationwide poll, more than 86% said that as soon as the law is passed, the Queen's male heirs should renounce the throne and make way for King Anne I.

Meanwhile 72% said they would enjoy watching King Anne fight her brothers in a lengthy and vicious civil war if they did not peacefully hand over the crown.

Asked what they liked most about their future king, more than half mentioned her strong jaw, broad thighs and large, meaty forearms.

Constitutional expert, Denys Finch-Hatton, said: "The Princess Royal looks magnificent on a horse and has more male hormones than Charles, Andrew and Edward put together.

"She's also a Colonel in the Royal Hussars, an Air Commodore, a Rear Admiral and finished last season as a very useful tighthead prop for London Irish."

He added: "She may not have the requisite number of testicles but she's hard as nails, drinks from the can and loves nothing more than a well-organised dog fight."