Cannabis Now Worse Than The Nazis

CANNABIS is now more evil than the Nazis and smoking the drug is worse for the brain than watching Richard Madeley on television, new research suggests.

During the Sixties smoking dope was hardly evil at all, and the drug was more playful and slightly naughty, but in a nice way, a bit like Kenneth Williams.

In the Seventies and Eighties marijuana briefly became totally harmless and could be smoked by future Cabinet ministers up to the rank of Home Secretary without any effect on their brains whatsoever.

However, a massive increase in the strength of the drug since politicians all stopped using it has now made it more nasty and brutish than the combined evil of the Third Reich.

Professor Tom Booker, head of drug research at Glasgow’s Clyde University and the man who conducted the latest lengthy study into the drug, said: “Yeah, whatever.”

A spokesman for the University said: “The Nazi’s were very bad people but even they could not make a middle class white boy adopt dreadlocks for a hairstyle, or make a highly intelligent middle aged man crawl around the floor of his laboratory in his underpants weeping with laughter about nothing at all, and then eat his own weight in marshmallows.”

Following the promotion of cannabis to the top spot in the evilness rankings the top ten most evil things in the world are: 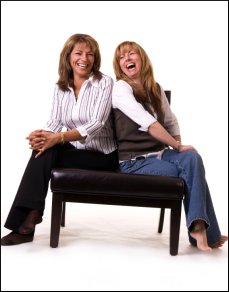 SITTING down dramatically increases the risk of arse cancer and should be regulated under strict new laws, doctors decided last night.

The British Medical Association is calling for legislation to ensure people remain on their feet at all times, even when asleep, unless they want to suffer a grisly and painful death.

Meanwhile drinking one glass of beer or wine per year raises the likelihood of death to "well over 100 per cent", while the consumption of a single grain of rice a day will cause a massive, fatal stroke.

However, there is some good news as research, published in the Lancet, shows that smiling leads to lip cancer.

Dr Wayne Hayes, head of health policy at the BMA, said: "Lip cancer is one of the biggest killers of people over 60. That's why we encourage old people to remain thin-lipped and grumpy if they want to live to a decent age."

According to new BMA guidelines people must position themselves on a treadmill and run gently on the spot at all times, or they will be regarded as having recklessly endangered their own health and be barred from medical treatment.

Their mouths should remain closed and turned down while a cocktail of synthetic nutrients is pumped directly into their stomach via a sterilised tube.

Dr Hayes added: "It may sound like a science fiction nightmare, but this will help thousands of people squeeze in another couple of years filled with dementia and incontinence."