THE makers of the faith-based toys taking America by storm are to produce a gay action figure that children can 'stone to death' in accordance with scripture.

Parents across the US are spending hundreds of dollars on toys depicting Moses, Goliath, Noah and even the Whore of Babylon.

Now the manufacturers want to combine playtime with biblical morality lessons by marketing a small, plastic gay man that can be stoned to death safely on the kitchen floor.

A spokesman for the Association for Christian Retail, said: "These toys are not just about having fun, they can also be used to tell children about the warmth of God's love.

He added: "After much prayer we decided to restrict the sale of the Jesus on the Cross action figure to the over fives.

"God would not allow a toddler to choke to death on the tiny plastic nails used to crucify Our Saviour."

A spokesman for Wal-Mart, American's biggest toy retailer, said: "The Noah's Ark toy is proving very popular, though some children have asked why it's not big enough to accommodate their plastic dinosaurs.

"The action figures are a little expensive, but parents looking for a religious playtime experience on a low budget could always just buy an ant farm and a miniature blow-torch."

Property Value More Important Than My Kids, Say 92% Of Homeowners 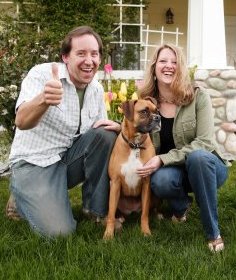 HOMEOWNERS in the UK are more interested in the value of their house than in the fate of their own children, according to a new survey.

With banks, building societies and the police now warning of a market slowdown, homeowners say they are willing to do whatever it takes to maintain the equity on their house.

A survey by the Motherwell and Berkshire Building Society found that 55% of people would rather install double glazing or fit a designer bidet than take their children on holiday.

And more than three-quarters said that if a convicted paedophile moved into their area they would volunteer to kill him, but only if it threatened the value of their house.

Marian Billington, 41, from Swindon, said: "If I thought that selling my children to the Russian  mafia would increase the value of my three bed, two bath semi, I'd be booking flights to Moscow.

"What's the point of putting aside money for a private education or university fees when I could be installing an ensuite, a waste disposal and some decking?"

Meanwhile political analysts are warning of the electoral damage that would be caused by a house price collapse.

Professor Sir Roy Hobbs of the London School of Economics said: "Gordon Brown would shit his pants so loudly that the people in the next room would think the oven had exploded."

Mrs Billington added: "A woman two doors down from us told me her kids were the most important thing in the world. What a fucking moron."