A CHILD whose parents are against vaccinations has been getting together with his friends at night and doing measles shots.

Tom Logan, whose mother and father think that medical science is not to be trusted, has been consuming a number of different vaccinations at night in a local park.

Logan said: “Once they’ve gone to bed on a Friday I’m straight out to meet my mates. We usually hang around on the benches or in the little hut the slide comes out of.

“Tonight we’re all getting immunised against measles. Last week we got some Polio vaccines from Amsterdam that are supposed to last for 15 years.

“Our parents would go mental if they knew. They all hate tattoos, smoking and protecting yourself against preventable diseases.

“When I come back in I spray a bit of Lynx so they can’t smell the science on me.”

No-deal Brexit will mean only three flavours of crisps 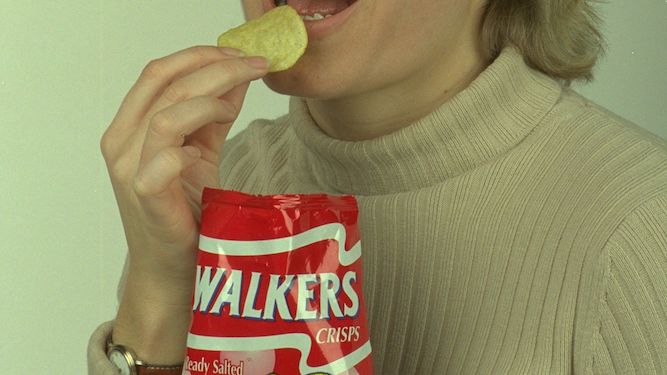 A NO-DEAL Brexit will mean that Britain’s only crisp flavours will be ready salted, salt ’n’ vinegar and cheese ’n’ onion, manufacturers have confirmed.

From March 29th, unless an agreement is passed by parliament, fundamentally un-British crisp flavours like maple bacon, barbecue and jerk chicken will leave supermarket shelves permanently.

“We’re not against progress – plans are in place to introduce beef crisps within two years and prawn cocktail by 2025 – but there’s too much of this European filth clogging our newsagents.

“You know what I saw the other day? ‘Chilli’ crisps. Chilli. How can they be real? No wonder people are saying bad things about Churchill.

“And let me add that the salt ’n’ vinegar crisps will once again be in a blue packet, and cheese ’n’ onion restored to their rightful green. God save the Queen. As you were.”

Following the announcement Theresa May denied that Britain will be reduced to just vanilla, chocolate and strawberry ice-cream after a no-deal Brexit, because there will also be Neapolitan.