'Predator' to win all film awards for 30th consecutive year

PREDATOR is set to continue its unbroken run of winning every film prize since 1988.

John McTiernan’s masterpiece tells the story of Major ‘Alan’ Dutch Schaefer as he leads a dwindling group of commandos against an otherworldly enemy with glowing green blood.

Since its release over two decades ago, Predator has been adapted into numerous stage plays, an opera and an acclaimed conceptual art installation at Tate Britain. The Collector’s Edition DVD of the film is required viewing on school syllabuses in 64 countries.

Cinema critic Roy Hobbs said: “On the form of previous unbroken success, and also because there is clearly no superior film, my prediction is for Predator to yet again sweep the board at the Oscars, including Best Foreign Language film.

“Which, by the way, is legitimate because during the film we hear Predator speak in Predator language.”

However, experts admitted that by the early 90s the masterwork made all subsequent attempts at film making irrelevant.

Film historian Nikki Hollis said: “Let us consider the scene where Dutch skewers a guerilla to a post with a throwing knife then quips, ‘stick around’.

“Or the relationship between Dutch and his old comrade Dillon, which overcomes Dillon’s initial suspicions about his friend’s newly-acquired smart clothes and ‘fucking tie business’, only to end tragically when Dillon’s arm is severed. Can this be equalled? It cannot.”

Since his 18th consecutive best actor Oscar in 2005, Arnold Schwarzenegger has been donating the annual prize to one of the distant runners-up.

Favourites this year include Denzel Washington for Predator 14: The Ballad of Billy Sole and Joaquin Phoenix for Predator v Abba. 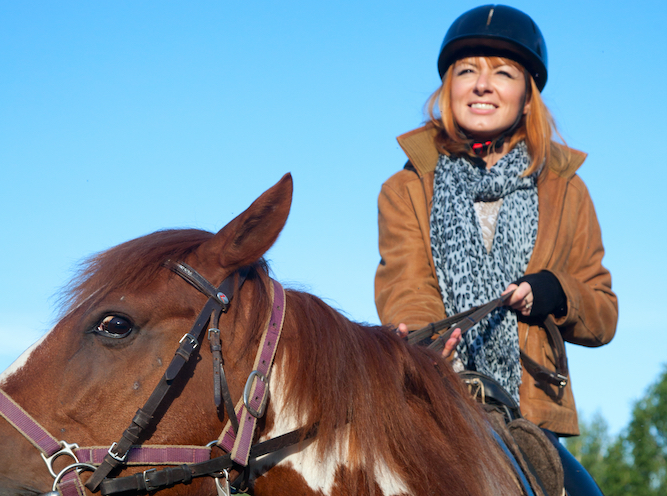 A WOMAN has claimed that horses actively enjoy carting her about for no good reason.

Francesca Johnson, from Cirencester, insists that horses love being ordered around while being sat even though she has never had this confirmed by any of the horses she has ever ridden.

Johnson said: “You can just tell that they absolutely adore me straddling them and forcing them to walk across a field, or down the side of a road simply because I’ve got nothing better to do. If it’s fun for me then it must be fun for them.

“They are regal beasts, they are made to pointlessly ferry me from one field to another, and they love it.”

Horse Joanna Kramer said: “I’d rather have my head put in someone’s bed as a warning than give Francesca one more ride.

“If it wasn’t for the all the hay I would buck her into the sun.”