A LARGE bar of milk chocolate stops lazy people from telling lies about how exhasuted they are, new research suggests.

A single 250g bar of Green & Blacks’ Oragnic could make chronic fatigue sufferers confess that they really weren’t that tired at all and just liked loafing around the sofa and watching television.

However, people still pretended to be ‘really quite exhausted’ when offered lower grade chocolate snacks, with most not admitting anything even if presented with a box of Maltesers, two Milky Ways, a Blue Riband and a packet of Penguins, the researchers said.

Dr Wayne Hayes, of the Dundee Medical School, said: “These people were apparently so knackered that they had to watch the Jeremy Kyle show and Richard and Judy because they were too weak to press the buttons on their remote controls.

“Some claimed to be so exhausted they could not even switch off Countdown or Paul O’Grady, but they were probably telling the truth.

“Yet when we offered them a free lifetime’s supply of luxury milk chocolate on the NHS they suddenly all said they felt very strong.

“We think that it may be that chocolate has some complex chemical effect on the truth neurons in the brain. Alternatively, it may just be that people will do anything for free chocolate, even incriminate themselves with inspectors from the dole office pretending to be researchers from a reputable university.”

Alonso May Be Forced To Earn &#163;20 Million Somewhere Else 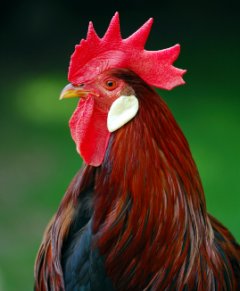 MCLAREN racing driver Fernando Alonso was last night coming to terms with the harsh reality that he may be forced to earn £20 million a year somewhere else.

Alonso has been locked in a bitter feud with team mate Lewis Hamilton over who has the most bubbles in their post-race champagne.

The Spanish world champion has complained that a move to Ferrari would force him to have sex with women who are marginally less eye-poppingly gorgeous than those currently hanging around the Mclaren team.

Alonso told a Spanish newspaper: "Some of these Ferrari girls have only a 'C' cup and their heels are about half a centimetre too high.

"But I will gladly have sex with every one of these flat-chested women if it means I will not have to be insulted with such disgusting, lifeless champagne."

The two men hope to settle the issue at the penultimate race of the season. Regardless of the result of the Chinese Grand Prix, the rivals will stage a cock fight in the car park.

Hamilton has been training a two year-old Buff Orpington, while Alonso's favourite bird "Santiago" is being fed on a diet of carrots and frozen peas.

Alonso added: "My Santiago is a proud cock with many victories. This scrawny English bird will die like a chicken."