Just Tell Me How Much You Want, Says Osborne

THE Conservative Party is to unveil a new tax strategy based on asking voters exactly how much it's going to take.

Shadow Chancellor George Osborne is expected to tell the Tory conference in Blackpool that, "hardworking families are sick and tired of not being asked what their magic number is".

Osborne will outline his plans to send a letter, email or text message to every household in the country asking how much they want and whether they want it all at once.

One senior Tory source said: "We've still got to thrash out the details. Do they want a grand? Two grand?

"Who knows, they may even want five grand, in which case we're going to have to sell the hospitals to China."

The move comes after a series of opinion polls showed that voters believe the Tories are still not offering them enough money.

The source added: "If I was an ordinary British worker I think I'd want about £1500 so I could spend it on a sunshine holiday, some new alloys for my Vauxhall and perhaps a 'season ticket'."

The move comes on the day the Government increased tax on petrol, bad manners and unfriendly cats.

Vatican To Build Huge Telescope In Hunt For Jesus 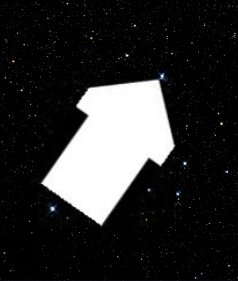 THE Pope has commissioned a $1bn super-telescope as the Vatican steps up its hunt for Jesus.

The telescope, to be positioned in orbit 200 miles above the earth, will scan the heavens in a bid to force the Son of God from his hiding place.

Vatican astronomer Monsignor Umberto Facci said: "The exact whereabouts of Jesus remains one of the final mysteries of science.

"Over the years he has been spotted in Orion, Ursa Major and the Horsehead Nebula, as well as numerous chapatis and tortillas.

"With this gigantic viewing machine we can chase him all over the heavens until he gets tired and gives up."

The Vatican has rejected claims of hypocrisy despite its long history of burning astronomers to death for suggesting the Earth may not be a giant fried egg, cooked by God.

Monsignor Facci added: "This is a common misunderstanding about the Church's attitude to astronomy. Let me be clear – Galileo was persecuted because he spoke with a lisp."

The telescope can also be turned towards the Earth so that Vatican scholars can spot miracles as they happen.

A spokesman said: "This will allow us to have a shrine, a giftshop and a dozen swivel-eyed beggars in place before the Muslims have even got their coats on."