YOUNG Britons are switching to elephant-based drugs after the horse tranquiliser Ketamine was officially designated as so last week.

Drug taker Julian Cook said: "I used to like Ketamine because it gives you that weird, all-over horse sensation and you just want everyone to ride you.

"But it doesn't last long enough and you end up with a really sore back and bit marks in the corners of your mouth.

"Elephant drugs, on the other hand, last for six months and you can strip the branches off a tree and destroy entire villages."

He added: "I also like blue whale medicine. Last Friday everyone came round to my flat and we all harpooned each other while shouting 'thar she blows!'."

McKay added: "They use darts they've smuggled back from their safari holidays in Tanzania and then leap around the room listening to Depeche Mode while someone pretends to be a cheetah." 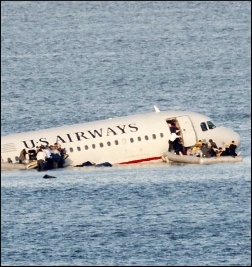 PASSENGERS on the plane which crash landed on the Hudson river last night insisted the terrifying experience was much better than Heathrow.

As the stricken US Airways jet drifted over the skyscrapers of Manhattan before ditching in the freezing water, dozens of frightened passengers thanked God they were not arriving in London.

Tom Logan, a New York businessman, said: "As someone who has flown into Heathrow twice in my life, today's experience was like having a long, soapy shower with Heidi Klum.

"I hear they're planning a third runway at Heathrow. They should build a large moat instead. It would improve the experience immeasurably."

Kathy Cook, a sales assistant from New Jersey, said: "I looked out the window and saw the water getting closer and closer. I thought of my children, my husband, all the things I've never done and then I thought, 'oh well, at least it's not Heathrow'."

She added: "Minutes later we were all squeezed onto the wing in the freezing cold waiting to be rescued and it occurred to me that this was actually much less crowded than Heathrow and with better facilities."

Aviation experts said the pilot, Chesley Sullenberger, was a hero for guiding the plane to a safe landing and saving the 155 passengers from a Heathrow-like nightmare.

A US Airways spokesman said the passengers should receive their luggage within 48 hours, adding: "It's not as if the plane has been anywhere near Heathrow. It's just partially submerged in the Hudson river."