Thom Creed will be an interior designer with amazing superpowers, including an ability to pick out the perfect cushion and transform even the dullest of parties with his infectious personality.

He will make his debut this summer in a television special where he will confront his nemesis 'The Christian', take him out for a Mongolian barbecue and then sign him up for a course of pilates.

Lee said: "The key difference between Thom Creed and Batman is that Creed won't be so obviously gay.

"He won't dress from head to toe in heavy black leather. He'll only wear a cape on Friday nights and, crucially, he won't live with a teenage boy who he likes to dress up in tights and a gimp mask."

Creed will divide his time between a fabulous SoHo loft and a mysterious structure at the North Pole known as the Cottage of Solitude.

Its location will be kept secret from all but Creed's closest friends, including Gwen Stefani, Madonna, and the big, butch police commissioner who's fooling no-one.

Its main features will be a huge statue of Creed's mother and dozens of photographs of her looking gorgeous, but nothing of his father, who Creed says was cold and distant, much like the red sun of Krypton.

Green Shoots Of Recovery Revealed As Putrefying Fingers Of The Dead 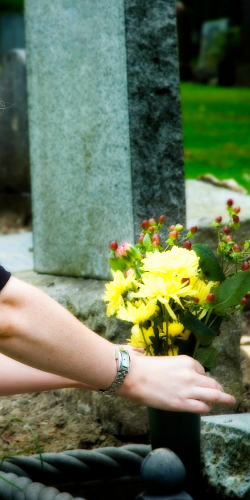 CLAIMS the UK was seeing the green shoots of recovery were withdrawn last night after they were revealed to be nothing more than the mouldy fingers of the recently deceased.

Business minister Baroness Vadera said that on closer inspection she realised she had mistaken the putrefying, half-buried digits for an early spring and has now apologised to the corpses' loved ones.

Economist Julian Cook explained: "The economic downturn has forced thousands of people to cancel their private medical insurance and use the NHS, which means, of course, that in many cases they end up being buried alive.

"Additionally, many families can no longer afford a coffin or a qualified grave digger and so the still breathing relative is thrown into a hastily dug hole in the ground.

"But sure enough, the patient eventually regains consciousness, realises their predicament and immediately thrusts their hand up through the soil in a desperate bid to escape.

"Unfortunately, weakened by a lack of food and oxygen, they quickly expire and the hand begins to decompose, taking on a sickly green colour. This is where the minister has become confused."

Cook said Britain could soon be covered in 'green shoots' as more and more companies look to avoid redundancy payments by simply bulldozing their surplus workers into a pit.

He added: "From a distance it could actually be very reminiscent of a fresh spring meadow. The only difference will be the unbearable stench of death."