PAUSING during sex to have a lengthy coughing fit is fine, according to smokers.

Researchers found that over 80 per cent of smokers have to stop during sexual intercourse to clear their chests.

“I sit on the edge of the bed, have a good old cough and perhaps a drink of water. Then romance is resumed. I don’t think it spoils the mood.

He added: “After sex I generally have a cigarette, it’s almost the best bit.” 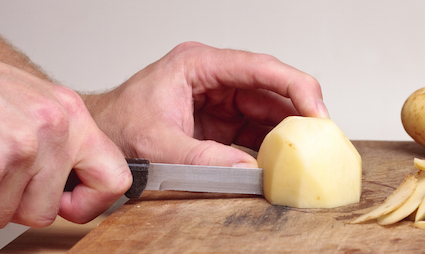 JEREMY Corbyn’s special Christmas meal will be his staple thin soup but with the addition of half a potato.

The Labour leader’s usual daily diet is a frugal, flavourless soup that constantly simmers in a battered saucepan on a portable gas stove in his otherwise empty kitchen.

However he has revealed plans for a special Christmas variant involving decadent potato slices.

Corbyn said: “I don’t nomally like to waste money on anything except the minimum nutritional essentials for staying alive, but as it’s the festive season and I have family coming round, I’ve decided to splash out.

“The potato will really compliment the vaguely oniony flavour of the base liquid. I expect the meal to be quite a talking point – I may even throw in some herbs if I can find anything growing on the roadside. No salt though, it’s expensive and ethically questionable.

“I’ll use half a potato in the broth and we can share the other half for pudding, if anyone still has room.

“Of course it will be shared equally – two potato chunks per guest.”