Couple locked in fierce competition to be the most knackered 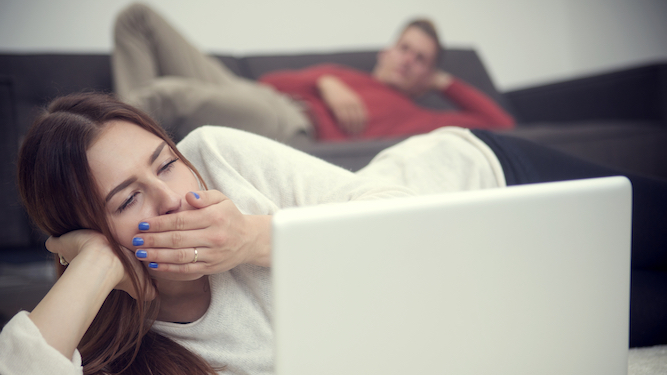 A COUPLE will stop at nothing to prove to each other that they have had the more exhausting day.

Tom and Hannah Booker are each trying to outdo the other in slumping, sighing, yawning performatively and pretending to have forgotten what they are saying halfway through.

Tom said: “What a day. What a bloody day. I could fall asleep right now. Up at 6am, nightmare on the train, had to skip lunch to train the new guy, absolutely knackered.”

Hannah replied: “Yeah, by 6am I’d already been awake two hours because I’m so worried, and it’s been relentless. Like not stopped for a second. I am ready to drop.”

Tom answered: “Of course I didn’t doze off until about 2am because I was so stressed about this fucking annual report. And I didn’t get a seat on the train there or back. And I’m worried about Brexit.”

Hannah countered: “Has something been going on with Brexit? Not had chance to look at my phone all day. I’m on my knees over here. I’m so tired I can’t see.”

Following their conversation the couple lay in wait on opposite couches, ready to seize on any action by the other to proclaim that no way would they have the energy to do that.

Which TV shows are you telling to f**k right off? 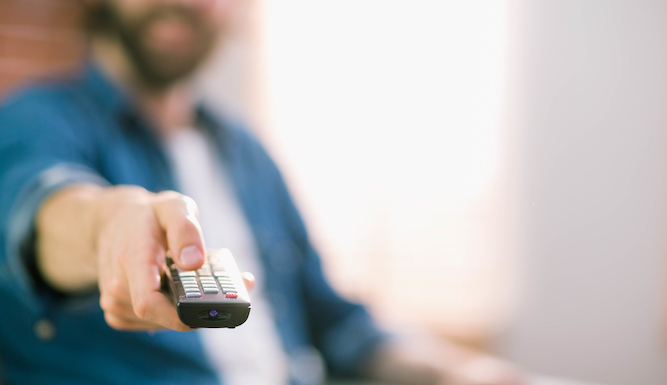 THERE’S nothing more relaxing than sitting in front of the television telling every smug, supercilious twat on there to go and fuck themselves. But who are you saying it to, and why?

Standard response to any of the presenters’ cheery statements on any daytime TV show, considered too lightweight for evening use. Examples include ‘Let’s see which team comes out ahead in the auction,’ ‘Fuck off,’ or ‘Dictionary Corner, could they do better than six?’ ‘Fuck off.’

Fuck off he/she is

Employed when watching a reality TV show on which a participant has announced their intention to do something ridiculously ambitious, ie make lobster thermidor on Come Dine With Me, make up with an ex-partner on Made In Chelsea, or project manage their build on Grand Designs.

The entire lot of you can fuck off

Previously used for sport or quiz shows, in these turbulent political times exclusively used when watching the news and discovering that politicians have indulged in yet more bullshit that gets nothing any fucking further on than yesterday.

If you’re issuing individual invitations to fuck off to several different parties none of whom are in the same room, you’re probably watching Gogglebox. If only your witty rejoinders could be shown on Gogglebox, then watched by the people on Gogglebox.

Fuck all the way off

A demand of this nature is usually issued when the implausible killer is revealed in a supposedly prestige murder drama such as Baptiste, Luther or Line of Duty. Usually followed by ‘Still fuck off’ after 10 minutes of exposition explaining why the killer was in two places at once when it had been established they could not be.

Late-night riposte to suggestion by continuity announcers that viewers might wish to stay up to see a Hollywood film from the 1990s. And so to bed, ready for another day.