A WOMAN on a new diet has already seen her social engagements slimmed down dramatically.

Emma Bradford has been telling everyone about the benefits of the DASH diet since 1st January and is amazed at the difference it has made to her on Facebook, Twitter and in real life.

She said: “Turning down every invitation to the pub or cinema to run on a treadmill while staring at The One Show with subtitles isn’t easy, but the friends are just dropping off me.

“By loudly counting calories, treating any offer of cake or chocolate as a personal insult and demanding sponsorship for a half-marathon, even strangers are going out of their way to avoid me.

“As we head into crunch time, I plan to offer patronising dieting advice to anyone fatter than me. By April, I expect the social invitations to stop entirely.”

By May, Bradford hopes to be posting before and after pictures on Facebook, the former showing her surrounded by laughing friends in a bar and the latter showing her alone with a kale smoothie. 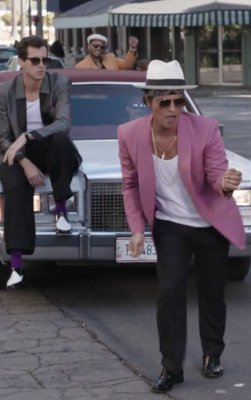 THE whole of the UK is performing exuberant choreographed dance routines in the streets to number one record Uptown Funk.

The countrys population left their dwellings as one this morning and boogied their way to work wearing bright primary-coloured suits and dresses, weaving between bins and bus-stops as they shook their stuff to the beat.

Even the traffic sped up, slowed and flashed its lights along to the Mark Ronson and Bruno Mars single, accompanying the frenzied brass stabs of the chorus with their horns.

Martin Bishop, from Hatfield, said: I stepped out of the house and, as if I were Morris Day from The Time, pirouetted on my doorstep to slam it closed and commenced strutting down the street.

Then I noticed I was exactly in time with every one of my neighbours, each of whom had a perfectly synchronised version of Uptown Funk in their own heads.

I love it when theres a big song like this. It reminds me of the summer of 2013, when me and all the lads in the office performed co-ordinated sexual harassment to Blurred Lines.

The craze covered 99.8 per cent of the country, with Kings Lynn, Norfolk, the sole exception, where they danced to Uptown Girl by Billy Joel because they got confused.