THE doner kebab is a nutritious snack filled with zinc and proteins from the compacted shavings of at least 14 different varieties of testicle, doctors said last night.

While often attacked for its high fat content, experts said the kebab provided a balanced diet and was a major factor in having wondrous balls.

Dr Tom Logan, of the Institute for Studies, said a typical take-away kebab was 98.4% animal testicles and 1.6% lettuce both of which are essential for vigorous gonads.

He added: "Go to the Turkish baths in Istanbul and you will come face to face with the world's fullest scrotums.

"Trenendous balls, really pink and plump, no wrinkles or veiny protuberances. Not like the shrivelled little walnut sacks you get over here."

He added: "I certainly would not like to be standing in front of one if it went off."

"It make your balls very splendid. You want to see my balls?" 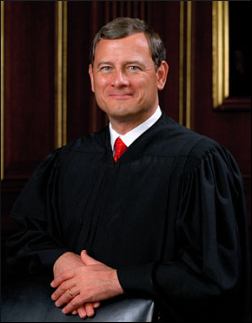 JOHN Roberts, the Chief Justice of the US Supreme Court, was missing last night after ruining Barack Obama’s inauguration.

Friends of Roberts say he is most likely holed-up in a log cabin somewhere in the Pacific North West drinking himself into an angry, shame-filled stupor.

“We went over it with him again and again. Justice Kennedy was rubbing his shoulders while Justice Thomas threw some really tough questions at him. He was primed.

“All he had to say was, ‘repeat after me, I Barack Hussein Obama do solemnly swear that I will faithfully execute the office of President of the United States’.

“But instead he comes out with ‘to president execute faithfully offices’. What does that even mean?”

Justice Alito added: “He’s furious with the President. He interrupted him straight out of the blocks and then, when John fucks it up, Obama just stands there grinning at him as if to say ‘hey everybody, check out this stupid white Republican’.

“He’s supposed to be the smartest guy in the country and he comes over like Forrest Gump. No-one’s going to take us seriously anymore.

“I’m thinking of resigning, Justice Kennedy had to be talked off a window ledge last night and as for John, if I know him he’ll be well into his fifth bottle of Wild Turkey, sitting naked in a rocking chair and swearing at the trees.”