Drunk man at bar not lying about being a surgeon

THE pisshead you met at the weekend was telling the truth when he claimed to be a top surgeon.

As statistics show that operations at weekends are more dangerous, it emerged that the very drunk stranger you chatted to in the pub wasn’t lying about being a medical professional.

A British Medical Association spokesman said: “It’s quite common when in the pub to meet a middle-aged man, slurring and with bits of crisp stuck to his shirt, who claims to be a brain surgeon or something.

“You naturally assume he is bullshitting to look impressive and that he actually works part-time in a warehouse while living on alone on a diet of Rustlers burgers.

“Actually only the last bit is true. He is actually the man whose job is to make you not die.

“If you’re looking at people’s insides all day you need a pretty stiff drink at the end of it.”

Surgeon Julian Cook said: “I try to limit myself to three pints if I’m operating the following day, because manipulating human organs is the last thing you want to be doing with a hangover – it’s instant barf time.

“Still I end up getting smashed most nights. The trick to working while ‘under the weather’ is to imagine you’re playing the board game ‘Operation’ and that a buzzer’s going to go off if you drop a lung on the floor.” 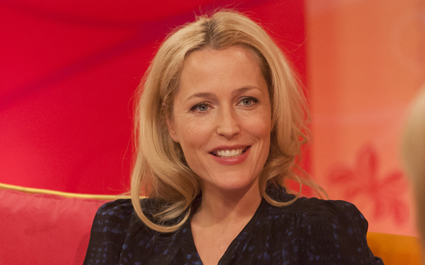 BRITAIN’S men never really got over Gillian Anderson, it has emerged.

The timeless beauty has once again provoked widespread emotional incontinence among men who really thought they had moved on.

Sales manager Tom Logan said: “I’d thought about her less and less over the years. Just odd flashes of me and Gillian enjoying a romantic al fresco meal during an African safari trip that never happened.

“She’d retired from TV and made a film with Danny Dyer where she got her tits out, I got married and had two kids.

“But now’s she’s back in my life, looking better than ever, oozing mature sexual confidence. Deep in my heart I know it could still work between us. I am so conflicted.”

40-year-old engineer Stephen Malley said: “I spoke to Gillian last night and she wants to meet up for a drink and some intermediate petting. The fact that this conversation took place in my dream only proves the power of the psychic link we share.