Five ways to prove you're more sleep-deprived than your partner

AFTER a few sleepless nights, there’s nothing more annoying than your partner thinking she’s more sleep-deprived than you. It’s not a competition, but here’s how to prove she’s definitely wrong and you’ve won.

Display a lack of concentration

Wander around forgetting to do things and pathetically asking your partner to repeat everything. Blame this annoying practice on lack of sleep. Your smartarse partner might reply that you must be sleep-deprived all the time then. Obviously you’d normally think of a brilliant comeback, but you’re too exhausted right now.

Ask your partner if she saw the meteor shower at 4am this morning. She’ll say no and you’ll have the upper hand. At least until she googles it, discovers there was no such shower, and realises you were sound asleep dreaming about Scarlett Johansson who strangely had webbed fingers and toes, which was hardly a deal-breaker.

Try acting highly erratically to prove your point – attempt to set off for work in pyjamas carrying the kids’ hamster. A bit over-the-top, and you don’t want the embarrassment of explaining you were just trying to outdo your wife to the local community mental health team. Better to try sleepwalking, but don’t just go to the fridge and make a Scooby-Doo sandwich at 3am. At least go into the garden and rub soil on your slippers.

Drone on about every nighttime noise you think you might have heard, like milk being delivered, cars speeding past, and that deafening police helicopter. This really shows you’ve been suffering, unless your partner says, ‘I’m surprised you could hear them over your own snoring.’

Necking stimulants will be a powerful blow in the sleep-deprivation one-upmanship battle. Eat coffee with a spoon and gobble handfuls of Pro Plus. You won’t feel too clever when you’ve knackered your sleep patterns and are getting caffeine palpations, but you will win the sleep deprivation contest for many nights to come.

A good drought never hurt anyone: How we laughed through the summer of 1976 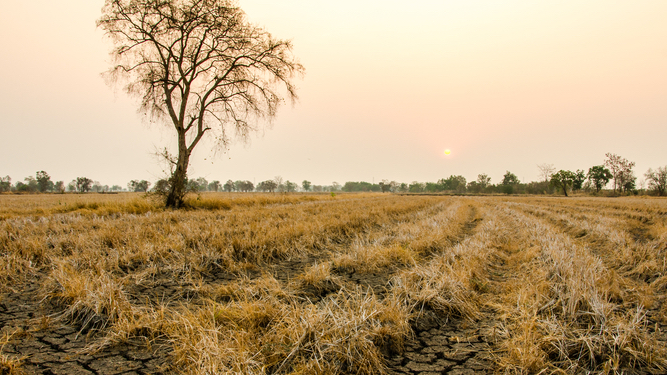 WORRIED about droughts sweeping the UK next? Cheer up – we just laughed off the punishing drought of 1976, says increasingly desperate climate change denier Roy Hobbs.

We just drank something else

People die all the time

Thousands died from the heat in 1976, but as a generation that grew up during the war films and Commando comics we weren’t so sentimental about death. People today need to man up and say: ‘Sorry you’re dead, mum and dad. But that’s life. You had a good innings, making it all the way to 55.’

I didn’t see any environmental damage, just swarms of happy ladybirds. Fires and drought killed loads of trees, but that’s good because environmentalists like them and I hate environmentalists. Sometimes I go out late at night and vandalise saplings. That’s one in the eye for the pot-smoking hippy car-haters!

Back in 1976 people were laughing and joking as they queued for the standpipe. My wife says everyone was just hot and pissed off, but I distinctly remember us singing songs and keeping cool in the Underground. I might have confused it with a documentary about the Blitz when I had that dizzy spell due to the heat last week, but I doubt it.

Drought is a global warming lie

In 1976 all I saw was a bit of melted tarmac. This conclusively proves manmade global warming is bollocks. The scientists realise we’ve seen through that scam, so now they’re trying to scare us with ‘droughts’. They’re conditioning us to be brainwashed slaves by only using the garden hose sparingly.

Africa has droughts all the time

They’re always running out of water in Africa, and there are millions of Africans left. In fact it seems like half the buggers have moved here! That’s me through and through, I like to educate people about the environment, but using humour.