GLUTEN is the magic ingredient that makes everything from bread to biscuits taste delicious, research has confirmed.

Comparative tests have found that since everything gluten-free tastes terrible, logically gluten is a delight for the palate that makes eating worthwhile.

Tom Booker of Harrogate said: “My girlfriend has gluten-free cakes because of an allergy, and last night she made me try one. It was like eating curtains from a bowl.

“But when I had a proper cake after it tasted absolutely fantastic, so we can only conclude that gluten is the greatest and everyone should have as much as possible.

“I wonder what just a full bowl of gluten tastes like. Probably just so amazing.”

Girlfriend Emma Bradford says: “Tom really loves his gluten, where I can’t have pies or biscuits or sandwiches or anything like that. 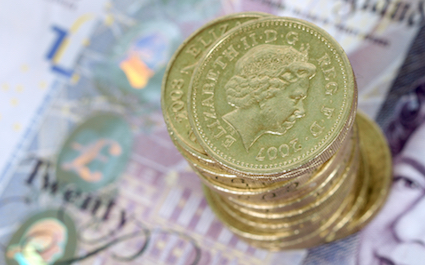 THE UK’s borrowers and mortgage-holders have been reassured that yesterday’s interest rate cut will not affect their monthly repayments.

Lenders have pledged to compensate for the Bank of England’s potentially destabilising 0.25 per cent cut by keeping their own borrowing rates unchanged and steady.

A spokesman for the British Bankers’ Association said: “British borrowers panicking about how this move will impact household budgets can relax. Everything is staying exactly the same.

“We will not irresponsibly alarm debtors with wild changes to their repayments which leave them confused and burdened with surplus cash.

“Whether you are a householder, a business or weighed down with a large amount of personal debt, rest assured that we will protect you against the financial shock of falling interest rates.

“Quite simply, it’s what we’re here for.”

Homeowner Joanna Kramer said: “If I’d had that extra £22 a month I’d only have spent it, raising retailer confidence and making the coming crash that much worse.

“It’s best the banks keep any extra in their hands. I know we can trust them.”