The literature is also peppered with quotes like ‘this healthy dish is perfect for fun eating’ that are steadily eroding Britain’s will to live.

Mother-of-two Emma Bradford said: “The use of the numeral ‘4’ instead of ‘for’ to create a groovy ‘text-speak vibe’ particularly makes me want to turn on my deep fat fryer and stick my head in it.

“I am also fairly certain that the phrase ‘rustle up’ will be used extensively. Those two words always make me want to ‘rustle up’ a twelve bore and stick it in my mouth.”

She added: “The next time the government gets a TV chef and a supermarket – the two great fucking sages of our time – to tell me to eat my greens perhaps it could first consult a dictionary and look up the word ‘adult’ before opening a tenth-floor window and leaping out of it into a skip full of rusty metal.”

Teacher Bill McKay said: “Apparently fatty, processed foods can shorten life expectancy. Which is great news if you’re existing in a country so mired in patronising pigshit it can not longer sustain non-irritated humans.

“I would rather die on my flabby feet clutching a Rustlers burger and a can of ‘energy drink’ than kneel before Harriott’s grinning, disembodied head and say ‘help me mighty one, for I cannot distinguish between crisps and an apple’.”

Mail becomes cause of and solution to racism 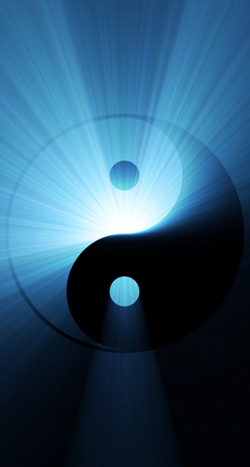 THE Daily Mail has today launched a five year plan to prevent exactly as much racism as it creates.

In the wake of the Stephen Lawrence verdict the paper has realised that it can now have a completely neutral effect on British society.

Editor Paul Dacre said: “For every 100 stories about the terrifying brown-faced demons who stalk your town and the sickening number of DVDs they can hire every month from LoveFilm, we will run a photograph of one of Stephen Lawrence’s unconvicted killers with the word ‘murderer’ in huge capital letters.

“As long as I cannot be stopped then by 2017 Britain will be 50 per cent racist and 50 percent anti-racist. Our society will have achieved the perfect balance. I thank you.”

Philosophy consultant Julian Cook said: “The Daily Mail is the yin and the yang.

“It is fire and ice. It is the darkness and the light. It is an endless vortex of inseparable cause and effect for they are both truly one entity in the same conscious and infinite universe.

“What the bloody fuck is going on?”

But Mail reader Helen Archer, from Stevenage, said: “So if the overall effect of the Mail is now neutral then wouldn’t it be easier just to shut it down and stop wasting all those trees?”

It is understood that Mrs Archer’s photograph will be featured on the front page of the Daily Mail tomorrow under the headline ‘MURDERER!’.

Meanwhile, Britain is on tenterhooks as it waits for something called a ‘Rod Liddle’ to issue its nauseatingly weasel-worded justification for attacking the conviction of racist killers.

Tom Logan, from Hatfield, said: “I have my deckchair, I have my bucket. Proceed.”