Hospitals not on fire yet, insists May

THERESA May has reminded everyone that the NHS has yet to burn to the ground.

Appearing on Sky News, the Prime Minister sought to reassure the public by showing interviewer Sophy Ridge a photograph of a hospital in her constituency that is still standing.

May said: “While people are dying in corridors, one thing we can say with some certainty is that none of them are being incinerated by the building itself.

“Under the Labour administration the average temperature of a hospital was around 450 degrees and they often exploded sending hot shards of A&E high into the air, which is a fact nobody ever talks about but is definitely a fact.

“And the Red Cross wouldn’t be propping up the whole system if it was ablaze, would they? Stands to reason.”

The prime minister said NHS staff had to ‘knuckle down’ and invent ‘quantum wards’ where a single bed can accommodate three hundred patients. 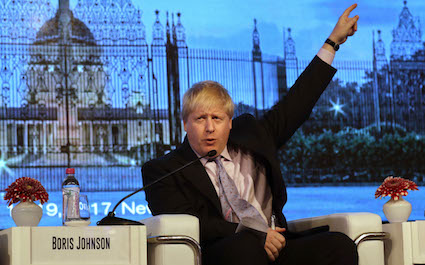 BREXITERS are still expecting clarity from an absolute shyster you could not trust to do anything, it has emerged.

It has emerged that many Brexiters, although they are still happy they voted to Leave, now want the untrustworthy bastard behind the referendum to ‘give them some clarity on it’.

Donna Sheridan said: “I just want to know exactly what it is I’ve voted for. Is that too much to ask for from a totally self-serving careerist politician?

“I mean, there’s no way Boris Johnson would get behind something he didn’t fully understand.”

Martin Bishop said: “Just because he would have told us measles was caused by ghosts if it served his personal agenda, doesn’t mean he doesn’t have a detailed plan for the most complex economic shift in recent political history.

“Look at him. That’s the face of a man who knows.”